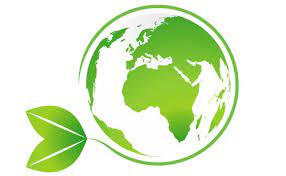 Tunisia gained independence from French rule in 1956. A year later, Habib Bourguiba became president and ruled for 30 years. He led Tunisia on secular and inclusion principles while fighting off Islamic fundamentalism to maintain a government free of religious influence. He remained steadfast with his policies until his abdication in 1987.

Zine al-Abidine Ben Ali, a former military general, seized power afterward and continued the policies of his predecessor. However, he strongly rejected any form of opposition to his rule. There were allegations of ballot-rigging elections in the 2004 and 2009 elections. Public disapproval intensified and turned into demonstrations across the country in December 2010. In 2011, Ben Ali was evicted from office in the Jasmine Revolution. These protests spread across the Arab world in what will become known as the Arab Spring.

Since the Jasmine Revolution, the Islamist party Ennahda controlled the interim government. The economy flat-lined, corruption grew, women’s rights were reduced, and capitalism reined in. Many businesses feared that victory for Ennahda will destroy all the gains they have made over the years.

Energies Nouvelles et Environnement (ENOVE) was a subdivision of Bismuth, a family-owned business in Tunisia. They manufactured and distributed a wide range of products including cosmetics, toiletries, and batteries. ENOVE exported the majority of its main product, industrial batteries,.

Peter Bismuth, president of Groupe Bismuth, was where to sight a new factory for ENOVE to cater to increasing demand. This would have been a no-brainer before the Jasmine Revolution. However, there was a setback in the country’s gross domestic product (GDP). By 2014, the economy had started to rebound from the results of the revolution. Considering the upcoming elections, was Tunisia the best place for the factory? Or would Morocco be a better option?

Tunisia had the opportunity to become the manufacturing hub of North Africa due to its unique geography. It was centrally located in the southern part of the Mediterranean. Along its 1,300 kilometers of coast, there were seven active seaports. The ports saw 7,600 ships come through each year.

Also, Tunisia was close to Europe. Tunis was 3 hours flight from many major cities in Europe, the Middle East, and North Africa. It has 9 international airports with just below 1,200 flights to Europe per week.

For the land transport network, they had 20,000 kilometers of tarred roads, as well as 2,167 kilometers of rail. Most of these roads were single carriage. However, the closeness of cities masked the inefficiencies.

The government of Tunisia proactively established trade relationships with other countries in the 1990s. Its serviceability scored them trade partnerships with the EU, and its neighbors including Egypt and Morocco.

51 percent of Tunisians under the age of 30 years. 97 percent of the youth graduated from state-regulated schools and higher education institutions. However, Peter lamented the inability to find graduates with job befitting skills.

No one likes to deal with uncertain situations. However, it is always better to deal with known unknowns than with unknown unknowns. In this situation, it would be better for ENOVE to build its new plant in Tunisia than in Morocco.

Peter knew the risks he would face in Tunisia. His company had been operating in Tunisia for years and knew the terrain well. They could plan contingencies to overcome any challenge encountered.

The same could not be said for moving to Morocco. The only concrete information he had on Morocco when trying to make the decision was their GDP value, which was not better than Tunisia. He was still likely to face the same challenges as he would in Tunisia, but in an unfriendly environment.