We were given a movie to watch and analyze as a group. The name of the movie is Eye in the sky. It was directed by Gavin Hood and is a compelling polemic movie highlighting the ethical demanding situations of the drone war. The protagonists faced a dilemma on whether or not to take down the leaders of a terrorist network (Islamic group Al Shabaab) planning a major operation that could claim as many as 80 lives in Kenya by dropping a hellfire missile on them while risking the life of a 9-year-old girl, Alia, selling bread in an area close to the house being occupied by the terrorists.

One thing that stood out to me about Colonel Powell i.e the commander in charge of the operations through the different stages of the situation was Her relentless desire to apprehend -or eliminate- the terrorists who have eluded her for years, causing so much death and destruction, particularly a British white woman named Susan Helen Danford, aka Ayesha Al-Hady.

Secondly, she seems to have held the intention of switching the mission from “capture” to “kill” from the get-go as she seemed unhappy to learn from targeteer Sergeant Mushtaq Saddiq that she’ll only have two “Hellfire” missiles for her mission i.e. that the GBU- 12 missiles were removed.

Finally, Desperate kill order to the extent that she pressured the targeteer to falsely revise the collateral assessment for the girl down under 50% to get approval

There was a  team composition in COBR(A) – Cabinet Office Briefing Room who were making decisions From legal to political to diplomatic to the military, a diverse group of people with different perspectives of viewing the situation referring decision-making up rather than making the decision.I also noticed something’s about  the extended team in Nevada Air Force base: the pilot and his assistant, and the lady in the Hawaii base, in terms of who they are and their responses to the situation

The operation was to capture, not to kill’ – this was Colonel Powell’s statement at the beginning, however, some factors changed so the rules of engagement changed. The mission got complicated when the remote surveillance, the “eye in the sky,” reveals a suicide bomber mission in progress, and the capture plan changed due to inaccurate intelligence

One Reply to “Eye in the Sky –Movie Case Study” 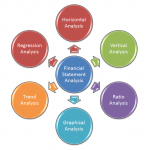