It was very beautiful, the glory of the unseen world with great value and amazing culture. The conceptual design appeared to be divine and perfect. Many scholars predicted it was another generation of people that would change the world. Though living in abject poverty, they were and remain one of the happiest species of people, the creator ever made. They were hardworking, selflessly kind with great respect to the member of the ecosystem they belonged. So great was the value accorded to the family system where morality, discipline, and respect is first developed. It was beautiful seeing how strangers and the less privileged were cared for, and the impeccable transparency of the system. For a fellow member of the community to take the life of another innocent being, was taboo. The nation that metamorphosed to become Nigeria, was beautiful. It was, indeed, beautiful!

The Decay of our Value System

Cultural importation from the colonial masters was the foundation of the decay of our value system.  Unfortunately, Nigeria and the African continent are yet to be delivered from this foreign attachment that destroys our precious heritage. The collapse of our value system began at the foundation of our nation. With the greed of the colonial masters, the seed of corruption was planted in the heart of our to-be-leaders. As the best and the most precious inheritance were found, the greedy masters stole them to beautify their home countries. No wonder, our corrupt politicians never discarded these effective but criminal tactics. Imagine the senselessness of a government officer who stole hard currency and smuggled it abroad outside the banking system. What is more drastic to kill an economy than draining foreign currency from the system outside the banking system. The fx scarcity we face today partly emanated from this corrupt practice.

Violent, even in Sport?

As corruption grows like cancer, spreading exponentially to different sections and industries, hunger increases in the land. People become desperate to feed themselves and their families. While religion has been a great blessing to us, it has, sadly, been exploited by the heartless greedy individual. They appeared “smart” and developed “strange divine gifts” to manipulate their innocent followers to their advantage. It was never like this in the days of our forefathers. You could trust and followed them without fear of having an ulterior motive. The misery in the land has led to the violence we see every day as the people struggle to survive. It was a national disgrace seeing the violence that erupted at Abuja National Stadium during the Qatar World-Cup qualifier game. Two people were reported dead after Nigeria lost to our neighboring Ghana. The nation was never known for violence.

We can Still Fix It

This country can still be fixed. Some believed they are old and see no need to strive to fix our nation. That was the deceit of the enemy of the mind. We can fix this nation; Nigeria can still become the giant of Africa. We have an individual and collective responsibility to make Nigeria great again. Our children must not be happy to live a life of slavery in a strange land. Foreigners should not be held in the highest esteem in our nation while despising our own talents. Nigeria has the best brains to manage our educational system to compete with Harvard, Stanford, MIT, and Cambridge Universities. The brain drain must stop! Our coming generation should not travel abroad to treat “simple illnesses because the health sector has deteriorated to pitiful states. We cannot continue to flare our gasses to destroy the environment and lack gasses in our homes.

I trust to leave behind a better Nigeria where empathy, trust, and honesty rule the heart of the people. A nation where the rich do not oppress the poor, anymore, and the religious leaders could speak the truth to their followers. I do not want to leave behind one of the most religious but corrupt nations in the world. What a dichotomy! This country can be healed and reckoned with on the global stage. The multinationals would not use a divide-and-rule to create conflict in Niger Delta to disrupt our peace to their greed. I passionately desire to see this new Nigeria before I pass on to a better world where everything is PERFECT. 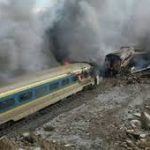