There are few times when one encounters a philosophy that tend to align with the proper narrative one believes in. Philosophies afterall is defined as:

They are essentially a light that guides the path an individual chooses to live his or her life by. Without these guiding principles, there is a significant risk that one might just exist without purpose. I dare to imagine a life without purpose. What a bore it would be.

One reading this blog might think or be tempted to think that “oh, here comes another long, drab tale of Aristotle or Plato or Archimedes. But no, this is about the data analytics class EMBA 27 had with Dr. Bongo Adi on Saturday 26th March 2022.

It was supposed to be another long session with numbers and calculations of data analytics. Another session of Binomial distributions and probability functions. Another day with excel and normal distribution calculations but alas, this day, this particular day became the day of ‘POLITICAL ANALYTICS’ with Dr. Adi.

The amiable Dr. who coincidentally, I have had the pleasure of listening to multiple times on TV where he dissected Nigeria’s economic situation was not one to showcase his achievements. He had never bragged or regaled us with tales of his remarkable exploits among some of the greatest minds in economics and statistics. He simply remained in his own ‘zone’ and continued to impact us with knowledge but on this day, on this very day, he let a bit loose.

Dr. Adi explained the dangers of running a monopolistic market, highlighting to us through one of his articles the downside of building a nation from the blocks of monopoly. I choose not to mention names he used but I seem to agree with the narrative behind his thinking. If the listener or reader is not careful, one stands the risk of getting the feedback of significant bias that one could unfortunately assume was borne out of cultural differences.

However, with a careful look into the situation of the federal republic of Nigeria where nothing seems to work as it should, this concern is found in facts. A nation bereft of institutional frameworks and lavishing (for want of a word of hope) in the doldrums of corruption, one can pose the argument along the lines of Dr. Adis’ thoughts that monopoly is a cannon ball of national chaos waiting to be fired. Now it is important to state that Dr. Adi did not entirely emphasize that the existence of monopoly was a bad thing especially when it exists as a tool for nation building, he only sought to bring to the limelight the dangers that abound with such a system considering the very peculiar situation of the federal republic of Nigeria.

It is seeming that this class had nothing to do with data analytics at all, so let me put a disclaimer here. We did do something on data analytics, it was titled decision analysis. I think that all I am going to say regarding that day’s actual probability class.

When it seemed that we were heading back to probabilities and its long calculations, Dr. Adi reminded us of our role in nation building. He reminded us of the need for us to be actively engaged in the politics that shaped the nation from the grassroots. He took us to the land of political analytics and gave us cogent facts to back his reasoning. This charge was one found in time as it came on the same day the ruling party of the federal republic of Nigeria was holding its national convention at eagles square Abuja.

Now, I dare say I am charged to engage in active politics simply because of a single session with Dr. Adi, but if there is to be hope for some semblance of change to start from my generation, then it starts with my Permanent Voters Card (PVC). I will head to the ballots with renewed vigour in 2023 knowing that I have done my part to be the change I want to see.

GOD BLESS US ALL AND GOD BLESS THE FEDERAL REPUBLIC OF NIGERIA. 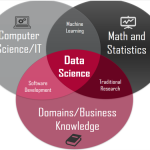