One of the things I love to do is cooking (and also eating good food). I have come to realize that I am always excited about making a new recipe as it gets me to concentrate a lot. What makes this fascinating for me is that I get to make mistakes and learn from my mistakes.

In the past, have considered videoing my journey of making a new recipe at some point. I thought this will get so many people in my shoe to feel more comfortable to go ahead and learn from their mistakes.

I recall the first time I made bread. What a disaster. It was like a rock; the dough fell completely flat and it seem very much like baked buns. I realized that the most important step in making bread is kneading the dough – I eliminated that step.

While the first bread was a horrible experience, I tried again for a second time. This time, electricity was taken while the bread was in the oven. This made the outcome terrible. In all of this, expectations were rising, people of the world were expecting to eat sumptuous bread given that I had gone to watch more videos on youtube.

The third attempt was another disaster and then I was banned from making bread in the house. I can still remember my husband’s words as it still echoes in my head “please, we cannot afford to keep putting our hopes up…. Do not make bread in this house anymore”.

Not minding the words and threats, I went ahead to try the fourth time, and this time it was a success. The bread was not only fluffy, but it was yummy.

From then on, I made the bread we all ate at home and the kids usually look forward to mummy making bread. I also went ahead to make different varieties like sausage bread, bun bread, sardine bread, and wheat bread.

One thing I have realized is that consistency is key in every adventure. The only way to prove anyone doubting your abilities is to actually not give up. I could have given up after the second or third attempt, but I think the process was key in making me appreciate the outcome. Now, when I make bread and I see people excited to eat it, it gives me some sort of fulfillment just because I did not give up.

Lessons learned on the way

I hope you got a thing or two from my bread journey. 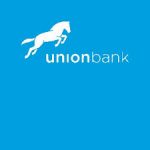