The last ABP class was a little different from the usual way where we are given a case to read then analyze in class. This time, we had a guest speaker who had a business dilemma and decided to share it with the class. Dr. Anibaba briefly introduced him before he was ushered into the classroom. He started out by further introducing himself. He had worked in several companies including being a teacher, now he works for a multinational oil and gas company in Nigeria. He has his first degree from the University of Lagos and an MBA from Chicago Business School in the United States. He started out explaining that he was posted to Doha, Qatar for work, and of course, he went with his wife and kids. This was fully sponsored by the company, he lived in a five-bedroom apartment. In 2019, Qatar had issues with its neighbours and there was a blockade, they could not buy import anything into the country. It was at this point he realized that Qatar was heavily dependent on the importation of goods and services. It was so bad that it affected the cost of bread.

His amazing wife who by the way is a lawyer by profession took it upon herself to learn how to bake bread on Youtube. She started out baking for her and the family until suddenly neighbors started asking her to bake for them. Some would go to the extent of paying her to include theirs in the next batch of bread. She made money doing it. Then came the pandemic alongside the blockage, the husband’s job which was contract-based was due so they had to move to a two-bedroom apartment. They both went on a vacation for 6 months and left the business in the hands of two of their staff. To their biggest surprise, the staff made up to one million naira. It was at that point they realized that the bakery business was indeed lucrative.

In other to continue the business they had to make a decision that affects both their personal lives and of course the business. First, they want to take the sunk cost and count their losses. The second option was to get a local Qatari citizen to run the business alongside his family, he was however afraid of losing control. While lastly, he considered taking loans from the bank to finance the business. Almost everyone in the class advised him to go with option two, as his priority was his family alongside his business, he wants his kids to have a good life in a stable country like Qatar. The idea of losing control is subjective as we suggested that it is better to get 1% of something than 0%. Option two also saves him from the bureaucratic issues that may have come to him who is a foreigner to the country, which in turn would make running the busy easier. Option one was considered a failure while we advised against also going for option three as it meant they would go into debt without having detailed numbers to back it up 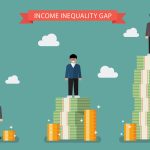 ANALYSIS OF BUSINESS PROBLEMS – THE GRAVITY CASE AND EFFORT TO ADDRESS PAY INEQUALITY
%d bloggers like this: