WHY THERE IS LOW INTERNET USAGE IN SUB SAHARAN AFRICA

We live in a very fast-paced world where everyone leverages technology to do virtually everything. Everyone depends on the internet to communicate with friends, family colleagues, etc, however, that is not the case for the people of sub-Saharan Africa. To put into context, out of the 54 African countries on the continent, 46 are in sub-Saharan Africa. Looking at the map of Africa, that from Suda in the North to South Africa in the south. There are approximately 1.1 billion inhabitants in sub-Sahara countries and less than 30% have access to stable internet.

These are some of the reasons I think we have low internet penetration is Sub-Saharan Africa,

1: Affordability: An average person in sub-Saharan Africa lives on less than a dollar a day, This means that most Africans spend their money on what to eat as opposed to expensive gadgets. Most finally purchase phones that can be used for making calls as opposed to browsing the internet. Also in most of Sub Saharan Africa, the data plan are quite expensive on average meaning people are usually economical with their data usage

2. Computer Illiteracy: About 40% of sub-Saharan Africans are not computer literate. This is however changing with the younger generation. A lot of older generations tend to have the younger ones do everything the internet related for them. This includes communicating with loved ones over a smartphone or computer. A lot of people would like to argue that this is not the case because they live in metropolitan cities like Lagos, Accra, Kinshasa, Maputo, and CapeTown to mention but would be surprised at the rate of under skill computer users in non-metropolitan areas.

3. Lack of local content: There are over 3000 languages spoken in sub-Saharan Africa and only colonial languages are used on the internet alongside major languages in the country. Take for instance Nigeria, we could have content in Yoruba, Igbo, and Hause however my friends from Kogi who speak Igala and Igbera may not have that luxury. 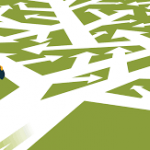