Matthew called from the back of the room.

She could not fathom who was calling her name; so she looked back. It was matt.

( She liked calling him matt. He liked it as well because his face always lit up when she did.)

Matthew was the chief art director. He was good at his job and could translate any context to communicative graphics. Needless to say, his jobs had a lot of character and emotional appeal.  Matt was also one of the most influential personalities on her team.

He cocked his head to one side and called again

Funke! what are you thinking?  Been calling you for so long.

I am sorry matt, I was lost in thoughts.

Care to share?  He said while pulling a seat across her.

Funke smiled sweetly at him and then said; Matt I’m worried.

Her face reflected sadness. Matt pulled the chair closer to her and asked? is everything ok?

She answered. Yes matt, I am fine. It’s not me I’m worried about it’s the team. Why? Matt asked with concern.

Matthew. I’m really excited that we won the M&B Pitch but do you think it’s right to blow 10 million naira away just because we can? Matt had already discussed with Charles who had been with some of the guys earlier. They were planning to go on an expensive boat cruise.  Bola (the lady in charge of research) had opted to order the services of an expensive intercontinental restaurant that would serve buffet on the boat. The 10 million Naira would be gone by weekend.

Matt breathed in and exhaled heavily.

Funke looked at matt and shook her head sadly. After which she touched his arm and said

He looked at her eyes ; they were searching his soul, begging him to help.

Matt couldn’t take it anymore. He knew he was weak when it came to Funke, he had always liked her in a special way. He sighed and said.

I hope I won’t be killed for this.

Tell me, she pleaded.

The guys are going on a boat cruise

Matt you know we had to help Chuks with his son’s school fees the last time, he’s living above his means. remember when Tobi’s husband had pneumonia we all pitched in to save his life

Funke looked at matt he was the only one who had the audacity to call her dear. she knew he had the hots for her but a good leader needed to live by ethical standards. Besides she needed the entire team to keep respecting her.

Matt looked at her interestingly. He knew Funke had a good heart and was emotionally connected to every member of the team, he had seen how she fretted over team members who were sick, including their kids.

But would the team agree to invest the money?

Oluwakemi is a seasoned brand communicator, strategist, and consultant whose major goal is to take branded products to their next level by using her timeless valued skills, network, and proven resources. A graduate of the Nigerian Institute of journalism She had her OND and HND in mass communication followed by a Post Graduate Degree in public relations and advertising being an ardent lover of knowledge she went further to acquire certificates in courses like film and photography, media ethics and management, brand communication, advertising, leadership management as well as customer relations Her list of the satisfied clientele can be found in almost every commercial sector including Hospitality, Real estate, Gaming, Politics, Non-governmental and profit organisations, Entertainment, Food industries, Oluwakemis greatest joy is adding value to individual brands and organisations with result-oriented brand approaches that generate a top of the mind awareness, brand retention, lead generation, and high-end revenue for products and brands. some of the companies she has worked for include Adron Homes, Africa’s young entrepreneurs, Otakada, Bet9ja, Black Carpet Media, Green page media, EXP, Baits cosse, LWT, Lowe Lintas, Rosabelle, Television Continental, Radio continental, and many more others. Profile
0 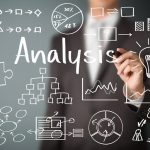