Today was rather interesting in the data analytics class we had with Dr. Bongo. Not only did I have a new level of respect for the man, but he also successfully made me think about the entire Nigerian political system in a new light. While discussing decisions and the automatic responses of system one instead of system 2 (from the book thinking fast and slow), he highlighted a significant flaw in the Nigerian democratic system. He showed us how our fates as residents of the nation lie in the hands of party chairmen. So this is not just party chairmen at the federal level but right from the ward to the local governments and finally to the national. They decide the candidates, determine who holds the party’s ticket, and if that party happens to be one of the two ruling parties, we can guess that their decision will win the seat.

This was particularly interesting to me as I presently work as the principal private secretary to the deputy governor of Kogi State. My boss will be running for office in 2023, and it was interesting to know that his candidature lies in the hands of someone I am not particularly close to. I need to work, therefore, to strengthen that relationship to give him a fighting chance at the primary polls.

Now you may be asking what this has to do with data analytics. As I also found out today, there is a systematic way to analyze decisions using a mix of probabilities and intuition. As I stated earlier in the chapter, system one thinking is the fast, automatic response you have when things appear familiar. It, however, introduces a lot of bias, especially those of representativeness. You have seen 16 black corolla vehicles this morning, and therefore a black car passes, and your mind automatically tells you that they make a corolla. We need to do as #EMBA27 executives to question that bias and try to catch ourselves when we make automatic conclusions without the relevant data. System two, on the other hand, is slower and more calculative. That part of our thinking brain helps us to solve complex problems. The idea of cognitive practice is to ensure that we can use the system two parts of the brain to override the automatic response of system one.

Before shouting thief and spewing insults at the current political class in Nigeria, you need to remember that the most challenging part of solving a problem is to define it accurately. What is our problem as a nation? I am not talking about the results of this problem, such as lack of electricity or motorable roads. I am referring to the main problem that drove the #ENDSARS protests and over 90% of the country to hate its leaders. Using principles from business problems and data analytics analysis, we can break down our fundamental issues into quantifiable parts, parts that we can solve using our system two parts of our brains.

A problem statement ultimately comprises three parts, the decision alternatives, the state of nature, and the resulting payoffs. No matter the alternative we consider to solve the problem, the state of nature is part of the decision that is not in our hands. In the case of analyzing the problem of Nigeria, we need to identify that the alternatives are not only the political parties but the individual aspirants hand-picked by the party chairmen. The state of nature, in this case, is not the votes of the masses. As we can guess, the payoff is the resulting issues of lousy road networks and unreliable electricity. In all of this, the chairpersons’ decisions can be easily influenced by active participation at the grassroots. Our participation in politics or not is the criteria against which the decisions are weighted. Being involved at the party level politics can be the deciding factor in determining the virtues of the aspirants that emerge at the polls. So while we cannot directly influence voters’ decisions, we can ensure that they are deciding between 2 equally competent and reasonable candidates.

I know this is a lot to think about, so I will stop here with my usual phrase of wisdom. This is still by Ryan Holiday from his book; trust me, I’m lying:

“The reason why the knives are so sharp online is that the pie is so small.”

This resonated with me in the context it was used. Until next time, I remain your humble blogger Happy Rugbere.

A.K.A The Prince of Business 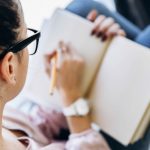