Why Physicians Need To Heal Themselves

One of our assignments in the Management Communications course centred around identifying organisational problems related to employee motivation within an organisation; and making a presentation to the company’s leadership on the negative impact of the board’s continuous neglect of the problem. The criteria was that the organisation had to be real entity while the problems could be imagined.

My group chose a media house for the assignment, and the result of the research reflected an organisation that was bleeding financially and heavily indebted. This perhaps reflects a sorry state of the Nigerian media.

The traditional media is divided into broadcast and print categories. The print refers to the newspapers, while the broadcast media can be further divided into television and radio stations

There is no gainsaying that most Nigerian media houses ought to have shut down given that their expenses far outweigh their revenues. Perhaps, the reason many of these media houses are still in operation is because they do not pay salaries regularly, as well as other mandatory emoluments such as pensions remittances and taxes, amongst others.

Actually, very few media houses pay their staff salaries regularly. So, the question is how the journalists who are not paid their salaries survive and why do they still go to work? Again, this reflects the Nigerian society. It is spoken in hush tones that the average Nigerian journalist can easily be influenced by pecuniary benefits. His workplace, the media, has failed him. And just like nature abhors vacuums, the role of prompt payment of journalists’ salaries, which appears to have been abdicated by his paymasters, has been taken up by other members of society.

This however portends danger for the media which is regarded as the fourth estate of the realm. In the real sense, journalists are meant to be above board, almost akin to judges. In the very rare event that the first (executive arm), second (legislative arm) and third (the judicial arm) estates of the realm fail the society, the press is supposed to take up the mantle of the fourth state of the realm. Even though the judiciary is referred to as the last hope of the common man, the journalists have been known as the true last hope.

Asides from informing and entertaining the citizens, the media has a cardinal role of exposing the ills of society and generally reporting bad behaviour. The media has been known to write about bad behaviour. But what happens when the journalists are victims of behaviours which they are meant to expose. Many a report have been published about workers being owed. Yet the journalists suffer even worse fates. Yet, there appears to be a conspiracy of silence as the majority of journalists have not deemed it a topic to write about, or report.

Perhaps, what makes it worse is that some of the media houses generate substantial amounts of revenue through adverts, but simply do not prioritise their workers’ payments. I believe it is about time the journalists themselves clean the Augean stable. They alone, I believe, can solve their challenges. In times past, some media houses have been reported to have stopped the operation of their organisations in protest. That however appears not to have solved any problem.

There has to be a joint approach towards solving this challenge. They are like physicians who prescribe medications for others who are suffering from different ailments. It is now time for them to heal themselves of the ailments besetting them. 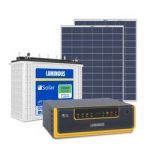