That is why most Nigerians will boldly say that their votes do not and will not count in any election in the country.

It is common knowledge that election results are doctored, or as popularly known, “rigged,” between the pooling units and the collation centers.

The results are usually changed before they are announced at the collation centers.

This has been a major concern to well-meaning Nigerians. It has defied several proposed solutions.

Fortunately, the Electoral Act Amendment Bill 2022 has just been signed by the President, therefore, we hope that it will help us fight electoral fraud in our elections.

Election results can now be sent electronically, although, there is a clause that lets the Independent National Electoral Commission (INEC) decide how to conduct voting and send the results, which could be manually or electronically.

After the 2019 general elections, the PDP, and its presidential candidate, Alhaji Atiku Abubakar, approached the court to seek the disqualification of the APC candidate, President Muhammadu Buhari.

One of their arguments was that the election results were transmitted electronically to an INEC server. They claimed to have more votes than the APC and urged INEC to make the results on the server public.

However, Yunus Usman, a lawyer for the Independent National Electoral Commission, said that the Electoral Act 2010 did not allow electronic transmission of election results.

Hence, he described PDP’s claims that results were transmitted to a server as the century’s greatest lie.

Today, it has become lawful to transmit election results electronically. Nevertheless, the question we must answer is how this amendment to our electoral act will affect the 2023 general elections.

Results will be transmitted in real-time to INEC national headquarters in Abuja, as well as the state headquarters.

In addition, the card readers must be functional and effective, so that the number of accredited voters and the number of votes cast are sent to INEC from every pooling unit.

Besides, there are other advantages that this amendment provides.

First, the election results will be ready once the result from the last pooling unit is sent. The results could be designed to land on a totalizer block on the INEC server, which provides the total results from all pooling units in real-time.

Owing to this, the long hours that the returning officers and party agents spend at the collation centers will be eliminated.

Also, the probability of violence will be minimized tremendously because agents and sympathizers of any candidate usually resolve to violence when they notice that their candidate is losing. The next thing that usually follows is the announcement of an “inconclusive result”, which is a strategy deployed by politicians and their collaborators to scuttle the process in favour of their anointed candidates.

There is hope for our electoral process, so we do not have to sit back and watch.

Let us all plan to participate in the 2023 general elections.

It starts with registering to vote and ensuring we get our voters’ cards ready for the elections.

According to Plato, “One of the penalties for refusing to participate in politics is that you end up being governed by your inferiors.”

Finally, we have the rare opportunity to offer ourselves for leadership positions, or, on the other hand, elect credible people who we believe will move the country forward.

Please, it’s time to jump into the wagon. 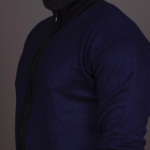