We were given a case to analyze before coming to class. It is a Harvard business about Big City Phone company (BCPC). BCPC is a telecommunications company with a plan to enter into a new market space which is the new High-speed internet-access Product (HIP). A pilot of the HIP technology had been successfully completed and BCPC was faced with two choices. They could staff and launch HIP as a high-speed internet service across its entire service region or concentrate on providing HIP as a wholesaler and learn from the mistakes of retail providers of the service. The Internet strategy leader Chris Berkowitz was tasked with the responsibility of coming up with a solution.

One thing that makes this case interesting to me is that it is relatable. As someone who works in the telecommunication sector, I could relate to this dilemma as I had faced something similar in the course of my career.  BCPC were known for their exceptional customer service and satisfaction. Furthermore, I observed when reading the case was that it was not complete and upon further investigation, if found out that the case was a role-play-based case meaning everyone in a group will be assigned a role to play so that Chris Berkowitz could make an informed decision.

Our lecturer arrived at the class with the different roles, I was given the role of John Trow the director of Information systems. I was supposed to have some views some of which were that

Summarily, I was supposed to play a negative role, as I didn’t want to lose my job. My colleagues who played other roles were quite compelling with their points on whether to launch or not to launch the HIP brand. During the class discussion, the lecturer pointed out that every one of the managers had an incentive that drove their decision-making.  The Finance manager who was supposed to provide accurate financial figures had a bonus if he were to sway the decision to launch the HIP product. Chris Berkowitz was also given a mandate, It seemed as though the GMD had made his decision to launch. He however wanted to get the views of his directors to see if there was a compelling reason to do otherwise.

It was a very insightful case study as it expects you as a manager to be attentive to the details and body language of people but in your work and professional life. 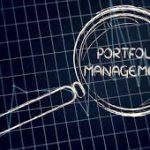