Another side of Analysis Business Problems 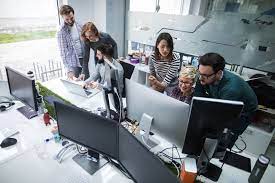 For EMBA 27 cohort, it was a different side of ABP yesterday. Albeit a softer side. A much welcome development, considering we had been through weeks of Advanced Blood Pressure (ABP) as some have ingeniously renamed it. Today’s case was role play-based, very similar to the Global Network for Advanced Management’s, Global Virtual Teams (GVT) experience. Dr. Anibaba tasked us with the responsibility of deciding the best option for Big City Phone Company (BCPC) to launch a High-speed Internet-access Product (HIP).

For context, BCPC is a technology company offering local, long-distance, and wireless telephone services to a wide network of 30 million access lines in the United States. Their key success factor is excellent customer service and satisfaction, which informed bonuses for some staff. The CEO wanted the company to launch the HIP without compromising on service quality. He gave Chris Berkowitz the responsibility of steering an Internet Strategy Team comprising of major functional units to make a recommendation. The team had to decide between two options. One, if BCPC should staff and launch HIP across its entire service region. Two, should they provide HIP as a wholesaler while learning from the mistakes of retail providers of the service.

My character in the decision-making exercise was Terry Maneri, Director of Human Resources. Terry was new on the team, joined BCPC in the last two months. Terry was also wary about the decision citing capacity to support HIP as a major barrier to its launch. Other issues cited were the rigor of screening and hiring the right employees, attendant training needed, and the impact on employee morale if customers become unsatisfied. In other words, Terry did not think launching HIP was a good idea, or at least not now.

Following the script given was easy. The task was to ensure no other team member knew how Terry felt about the project. This was very important because he was uncertain about the position of Vice President, Human resources, and wanted to air on the side of caution. However, he tried to convince the team that while launching HIP may seem like a good idea, BCPC’s motto of always getting it right, the first time and every time must be of utmost priority. To achieve this, the staff who are the greatest asset of BCPC must be thoroughly trained and there was a cost and time implication to it. In addition, the impact of customer experience on brand survival and staff performance was also emphasized.

The exercise enabled the practical application of skills learned on ABP and GVT courses. A cross-functional team comprising the Vice President, Business Development, Vice President, Finance, Vice President, Marketing, and Director of Operations Management went into negotiation to arrive at a vital business decision. The dynamics of the team were interesting. The Director of Finance and VP, Marketing were particularly insistent on launching the HIP project as retail immediately, citing the fear of a missed opportunity as their major reason. While the Director, Operations, a new hire was vehemently opposed to launching, this time citing technological gaps as a major barrier. After so much back and forth, the team agreed to recommend the launch of the HIP as wholesale.

On review of the case, it was revealed that the VP, Finance, and Marketing had been promised bonuses by the CEO if they could sway the discussions in favour of launching HIP as a retail product. It was also discovered that the team lead, Chris was also acting the script of the CEO.

Unaware of most of these differences, each member struggled to drive home his point. This opened my eyes to the power of persuasiveness in arriving at a group decision. The ability to convince others to change their viewpoint or agree to take a course of action is an important skill in business. This is most important because parties often come to the table with diverse opinions, biases, and influences.

In summary, the BCPC case study was an interesting and enlightening one, with loads of learning points. It offered the opportunity to act out real-life business problems by seating in a room with people of differing perspectives and influences to brainstorm and reach an agreement. Exactly what obtains in the workplace and with this case, ABP hit the right spot. 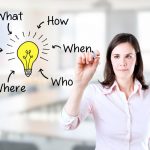