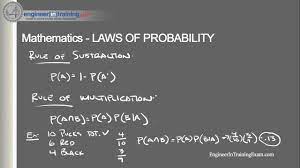 Immersing oneself in the world of probabilities enables uncertainty to be quantified. Probability attempts to draw us closer to a place of certainty, where solving problems becomes easier. Similarly, business decisions are more objective and likely to be effective. Previously, we established the probability of an event happening is always 1 or 100%. Conversely, the probability of it not happening is 0. We also talked about the three ways of assigning probability which are the classical, relative frequency, and subjective methods. The focus of this write-up is on the rules (otherwise called law) of probability.

There are two main laws in probability- the addition and multiplication law.

However, for a better understanding of the addition rule, the following concepts need to be taken into context.

The formula to calculate the probability of two events A and B, where and denotes an intersection is

This is used for non-mutually exclusive events

P(A)= Probability of Event A occurring

P(B) =Probability of Event B occurring

P (A ∩ B) =Probability of A and B occurring together

For mutually exclusive events, P (A ∩ B) is zero because A and B cannot occur at the same time. Thus, the formula would be rewritten as P (A U B) = P(A) + P(B)

For independent events, theprobability is computed as P(A ∩ B) = P(A) * P(B)

P(B|A): the probability of B happening given A has happened

P(A ∩ B): the probability of A and B happening together

P(A): the probability of A happening

In conclusion, the addition rule is used to compute the probabilities for at least one event occurring such as in mutually exclusive events. While the multiplication law calculates joint probabilities for independent or dependent events. In subsequent blogs, we will continue to unpack the world of probabilities. 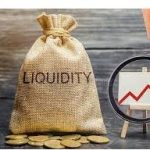