The Russian/ Ukranian War And Other Stories

The more I listen to arguments about the Russian invasion of Ukraine, the more I feel the need to read deeply about the history if I were to make meaningful contributions to discussions. But my conclusion, though uninformed for now, is quite simple. History will be very unkind to Russia’s Vladmir Putin. No one needs the number of enemies he has, by his own doing, amassed. The extent to which the sanctions will be sustained and the degree to which they will negatively impact Russia remains to be seen.

The perception about Volodymyr Zelenskyy, President of Ukraine, is varied, depending on the side of the wall one is sitting on. To many, he is a hero, resisting a tyrant who is hell-bent on dictating how the affair of his country will be run. Despite not being to offer much help in terms of slowing down the Russian assault, almost all the countries have risen in unity, offering moral support and nudging him on.

To others however, he ought to have surrendered easily, knowing fully well that his country has no chance of withstanding the Russian military might without external intervention. They claim his previous vocation as a comedian is clouding his judgment as to how far his country can sustain the war. However the Ukraine/ Russian war ends, Zelensky will be viewed as a true leader who refused the invitation to flee but stayed on to fight tooth and nail to ward off the severe Russian military aggression.

The impact is already being felt in Nigeria. It was said that the Russian/ Ukrainian war exacerbated the scarcity of fuel which affected virtually every part of Nigeria a few weeks back. The jury is not yet out on the extent to which the situation has abated. Fuel queues are still very visible in many petrol stations in Lagos State, Nigeria’s commercial capital. Many other states are said to be having it bad too.

There is also the issue of the increasing cost of diesel. Many organisations can understandably not cope as the product has risen almost 200 per cent. This has led to the increase in the price of goods and services offered by some of these organisations. It is inevitable that some others which can not cope will have to close shop.

As if this were not enough, the national grid collapsed recently, throwing Nigeria into darkness. This was not the first time that the power grid would collapse. What however made a bad situation worse was the fuel scarcity brouhaha. For the average Nigerian, it was tantamount to being hit on all sides. No electricity to power homes and no fuel to power up the generators. The black marketers had a field day, selling the product at very exorbitant prices. Suddenly petrol attendants too have ranked very high in order of importance.

Almost everyone in the petroleum retail chain broke the laws and there was nothing the government could do about it then. Some sharp practices are still prevalent, but these are not issues that the government can deal with for now.

Even as I rant, at some point, I will come to the realization that this is a phase which shall soon pass. We’re Nigerians, a resilient bunch. We will survive! 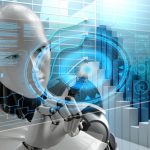