It was a Saturday. Raheena looked at her watch and could not fathom why in the world she was here standing in the sun, waiting hopelessly.

what was the objective of this relationship anyway? she knew she couldn’t answer the question, in her case, emotions were stronger than logic.

She had used the ABP model to analyze her relationship with Deji. A handsome young man she met 3 months after her executive MBA training in LBS. Deji was everything she wanted in a man but he was married. Gosh how cruel could life be. She silently thought about her decision options .

To quit the relationship, deal with heartbreak and move on with her life

stay and continue to take the love crumbs that Deji offered her.

What would success look like ? in doctors Anibaba’s words.

Success was for her to have her man, not someone else’s man

Success was being able to do PDA anytime, anywhere, anyday , not hiding in hotels and pretending she was happy.

If she decided to leave,

Her criterion for leaving would then be what?

She replaced the glasses on her eyes carefully. The business was moving rather slowly clients were owing her to the tune of 20 million, infact she had just decided to sell her car so she could buy a new office in Lekki.

Left to her, taking an Uber to clientele appointments was better than not having a befitting work environment for staff,

She had met Deji on one of those days while she was at the bus -stop waiting for the uber driver.

He was clean-shaven, smelt nice and drove an expensive car. Deji was her savior on many occasions helping her sort through life with ease.

He had severally ordered everything she needed including the office furniture’s which was now at  her new office.

Oh! my goodness ( Raheena said out loud) she could swear she heard doctor Yetunde Anibabas voice saying “so what”  just now, she laughed to herself as she remembered her classes in LBS

Maybe a little mathematical equation would solve this problem. Bongo Adi always said that everything had a mathematical solution.

What was the probability that leaving Deji was a good decision given that he was the only man in her life right now even though he was married.

Should she use the  classical data analytic method to solve this equation?

She asked herself silently noting the traffic build up once again. Was Deji an asset or a liability?  If he was an asset was he a long term asset or a short term asset?

As far as she was concerned all the statistics and critical thinking methods she was taught  in the Lagos Business School could easily have helped her sort through the mess of her emotions.  if only she could think logically  .  However the question was; Would she allow the voice of reason triumph over emotion?

Oluwakemi is a seasoned brand communicator, strategist, and consultant whose major goal is to take branded products to their next level by using her timeless valued skills, network, and proven resources. A graduate of the Nigerian Institute of journalism She had her OND and HND in mass communication followed by a Post Graduate Degree in public relations and advertising being an ardent lover of knowledge she went further to acquire certificates in courses like film and photography, media ethics and management, brand communication, advertising, leadership management as well as customer relations Her list of the satisfied clientele can be found in almost every commercial sector including Hospitality, Real estate, Gaming, Politics, Non-governmental and profit organisations, Entertainment, Food industries, Oluwakemis greatest joy is adding value to individual brands and organisations with result-oriented brand approaches that generate a top of the mind awareness, brand retention, lead generation, and high-end revenue for products and brands. some of the companies she has worked for include Adron Homes, Africa’s young entrepreneurs, Otakada, Bet9ja, Black Carpet Media, Green page media, EXP, Baits cosse, LWT, Lowe Lintas, Rosabelle, Television Continental, Radio continental, and many more others. Profile
1 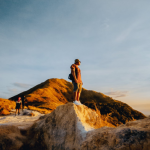