THE RED DAY AT IKOYI

On the 1st of November 2021, Lagosians were greeted with a piece of very terrible news, the tragic collapse of a 21-story luxury building in the high-rise area of Ikoyi that claimed 42 lives. The scene was a very terrible and disheartening one, what we can call a black Monday in Nigeria. The building which had been under construction when it collapsed at about 1.30 pm had supposedly undergone all structural and integrity tests. The sight was unbearable, blood, gore, and screams of people trapped underneath the rubble vented the air.

People trapped inside the collapsed building included both employers, employees, as well as those who came for business meetings All these innocent lives never knew they would meet their end in what one can only call “a red day”.

Eyewitness accounts described that a significant tilt was seen in the building due to a failed column that seemed to buckle under the weight of the structure. The Lagos state Emergency Management Agency (LASEMA) and the National Emergency Management Agency (NEMA) tried to ensure the rescue of those trapped underneath the rubble. However, sonar and acoustics sensors available during the rescue were insufficient to find and pinpoint the exact location of some of the faint voices heard. The agencies nevertheless did not up and over 15people as per official accounts were rescued.

As is the case in collapse situations, the blame was laid on the doorstep of the government for not ensuring proper oversight and enforcing building regulations. The structural engineers that had been consulted for the project claimed to have pulled out when they observed that the owners of the project had gone beyond the approved plan of 15 storey. This was made evident by a letter that surfaced on the internet a few hours later where the consultants aired their concerns to the owners of the building regarding integrity and structural reliability. No doubt, this oversight, either by the government or the owners of the building could have been avoided and the needless loss of human life would have not happened at all.

Among those who lost their lives in this tragic incident is the managing director of the company who owned the structure (all names withheld for reason of respect to the deceased), a 26-year-old food vendor, and her 9-year-old daughter who was due to tie the nuptial nut in a couple of months, a youth corper who had just joined the company for her national service, and so many more young hardworking Nigerians.

Regardless of all the sadness in this tale, one must give credit to the swift actions of people present in the area at the time of the collapse as they acted in total disregard for their own lives to rescue those trapped underneath the rubble just after the collapse. This selfless act certainly ensured the survival rate was as high as recorded.

Also, the government working with emergency response agencies also tried their best with the available resources at their disposal to ensure equipment was swiftly deployed to the site for the rescue operation to begin. This operation took place until all the rubble was cleared and everyone involved was convinced that nobody was left behind. With a heavy heart and a solemnity in my heart, I wish that the souls of the faithful departed may rest in peace. 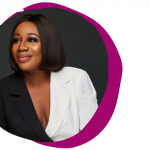