So today we’re going to be talking about Ramadan. Part 1

Ramadan is one of the month in and it is known as the old holiest months because of its attribute its attribute and its activities you know Muslim regard this month in very high esteem.

Muslims around the world typically use the Islamic calendar also known as the lunar or Hijri calendar to determine the dates of religious events and observance. The Islamic month has 12 months which Ramadan as one of the most celebrated months. The months are

Ramadan is typically the most celebrated month of the Islamic year and because throughout the month, Muslims go on what they call holy activities; majorly fasting and then all other pillars of Islam. it’s a it’s compulsory, it’s a command from almighty Allah to all Muslims that have attained age of puberty.

Ramadan is a holy month observed each year by Muslims around the world. If you’ve ever celebrated Ramadan yourself or had a friend or family member who celebrates it, then you probably know that fasting is part of the Ramadan celebration for many Muslims. Similar to how Christians give something up during Lent to demonstrate their devotion to their religion, fasting during Ramadan is a very spiritual and meaningful practice for Muslims.

But there are other aspects of the holiday that you might not know about. There are religious events, community parties, and other joyful events like “moonsighting” that are part of Ramadan. People also take time during Ramadan to pray, reflect, and connect with others in their community.

Hina Khan-Mukhtar, a teacher and writer who is on the Board of Directors for the Muslim Community Center East Bay in Northern California, says that Ramadan is a joyous time.

“The Islamic centers and mosques are very full of life and full of light during that time,” Khan-Mukhtar tells Woman’s Day. “It’s as if you can imagine Christmas being celebrated every night for a month. The community comes together, people bring food to share, even children love going to the mosque at night. It’s a time of community and gathering.”

What does Ramadan celebrate?

Ramadan is a holy month of fasting, worship, and prayer. It celebrates the creation of the Quran, which is the holy book for people who practice the Islamic faith. Muslims believe that the prophet Muhammad received revelations directly from God, which were documented and collected in what eventually became the holy book. A passage in the Quran explains, “The month of Ramadan is the one in which the Quran was revealed as guidance for mankind, and as clear signs that show the right way and distinguish between right and wrong.”

Khan-Mukhtar says that Ramadan is also celebrated as a time for a clean start.

“What I would love for people to know is that Ramadan is a time of hope and renewal and trying to have a fresh start,” she explains. “It’s really a time of rejuvenation, where it’s like, ‘I’m going to go through this month and I’m really going to turn to God, and ask for forgiveness and ask for blessings,’ and then you come out of it with a lot of hope for starting all over again on a good foot.” 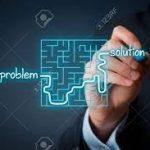