It glitters, does not make it gold. I 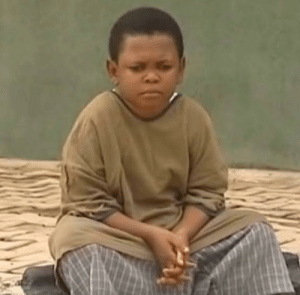 Ever heard the saying “money is a terrible master but a great servant?”
Well, I have, but never really understood till now.

Back in 2019, I had a good job at an Auditing Company. The pay was okay as well. Although I had rough times, I could still survive. Then the pandemic hit, and due to the virus, budget cuts were made at my firm. I got fired, and things became really tough.

I applied for jobs around, but couldn’t get an offer. Felt like a drought moment. The virus affected me really hard that I was without a job, which eventually led to me being homeless. Three square meals became so much of a luxury that I had to move back in with my family.

One day, I came across an old friend, Uche, from secondary school. We were so close back then, that we were referred to as brothers. It was so sad when we lost touch. I guess that’s “Adulthood”.

Seeing Uche felt quite nostalgic, we just had to grab a cold one and reconnect on lost time. We spoke for a while, then I asked about his current business, and how that was doing. He told me he was into importing and exporting, earning a lot, about 5million Naira per month, sometimes more.

I asked how he was doing it, especially during this lockdown that things are tight, and his response was “O boy, Na God”. I asked him to cut this soap for me, and he laughed.

I got back home that night and deeply thought about my life, and where it is now.

A few months went by, and things became worse. Mum got sick, there were bills to pay, and younger ones to cater for.

I reached out to Uche to ask for his assistance, as things became unbearable. I needed to get funds and also my life together no matter its cost. He empathized with me and agreed to “show me the way”, and with pleasure, I agreed.

He took me to Ibadan, to see an old man, who gave an assurance that my situation was about to change, If and Only If, I was willing to do what is required of me. I turned to look at Uche, and he gave a convincing nod. I turned back to the baba, and he smiled.

He started to chant some incantations while looking at me in a funny manner. He then gave me a list of things to bring for my next appointment, a pregnant chicken, some rare herbs, and the fur of an insane dog. The last was quite hard to find, but anything to get this money.

After 72 hours, I returned, and he conducted his session with me.

A few months in, and opportunities were blowing up in my face. Business deals began to fill up my DM. I began seeing jobs, money started coming in, and things started to feel good again. I sorted all outstanding debts, hospital bills, and necessary expenses, including my siblings’ tuition fees. I made available a house, two cars, and a driver to make movement and errands easier for them. One could say my luck had changed. Or was that what I was meant to think?

In the fall of 2020, I fell in love with someone special and took the liberty to introduce her to my family, and my very good friend, Uche, as the woman of my dreams and the person I wanted to spend the rest of my life with. I had nothing to lose, and I was ready.

A couple of months later, we tied the knot at one of the most amazing places on the island of Mauritius. It was a wedding of the century, with family and close friends present. Nothing could ruin what I had going for me.

We got back from our wedding/vacation and resumed work almost immediately.

Suddenly, I got a mood resetting call. “It was Baba”. It was time to make an offering.

Assuming it was like the initial bargain, I was unhesitant to offer what was needed of me.

Then I got to find out. It was nothing I could’ve imagined. A donation of one of my most loved ones, and I had 3 days to deliver or risk losing every member of my family.

It felt surreal, and immediately, I called Uche to tell him everything his baba said. He replied with a low voice
“What did you expect?
Nothing goes for Nothing
To receive, you must give”

I fell on my knees and burst into tears

“What have I gotten myself into?” 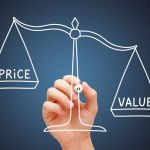