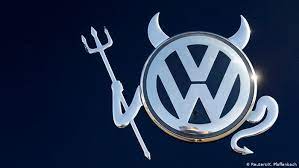 Volkswagen, one of the world’s most popular and successful automobile manufacturers, was involved in an ethical and legal scandal the scale of which warranted a feature in our business ethics syllabus.

They installed emissions software on more than a half-million diesel cars in the U.S. and about 10.5 million more worldwide that allows them to sense the unique parameters of an emissions drive cycle set by the Environmental Protection Agency. According to the EPA and the California Air Resources Board, which were alerted by researchers, these so-called “defeat devices” detect steering, throttle, and other inputs used in the test to switch between two distinct operating modes.

In the test mode, the cars are fully compliant with all federal emissions levels. But when driving normally, it was discovered that the computer switches to a different mode. It was significantly changing the fuel pressure, injection timing, exhaust-gas recirculation, and, in models with AdBlue, the amount of urea fluid sprayed into the exhaust. While this mode likely delivers higher mileage and power, it also permits heavier nitrogen-oxide emissions (a smog-forming pollutant linked to lung cancer) up to 40 times the federal limit. That doesn’t mean every TDI is pumping 40 times as much nitrogen-oxide emissions as it should. Some cars may emit just a few times over the limit, depending on driving style and load. In analysis of this case, we looked into some discussion points….

Did Volkswagen live up to their responsibilities to customers?

They certainly did not live up to their responsibilities to their customers.

How did they fail?

In what ways did they fail?

No physical harm, directly related to this scandal, was reported. However, these unfortunate acts were at least injurious in the following other ways:

How can they behave in a more responsible way in future? 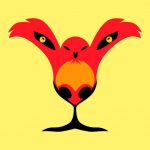