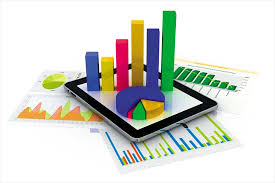 When there is an increase in interest rate, it is simply a mechanism to control inflation, this reduces the borrowing power of the economy, there is too much money in circulation, people borrow less.

But an environment where interest rates are rising amid signs of an improving economy can also offer opportunities for investors. A good starting point is examining the sectors within the stock market that tend to benefit from higher rates. Banks, trade credits, and other financial companies. In 2011 there was a continuous increase in the rise of interest rate from 5.68% to 2016 which dropped to 6.69%. The drop in 2016 was caused by a slow economic growth which affects the Gross profit margin but not at a significant margin. Although it affects the borrowing capacity of organizations which increases the amount of money being borrowed. This has a positive effect on the Gross profit margin.

An increase in the supply of money typically lowers interest rates, which in turn, generates more investment and puts more money in the hands of consumers, thereby stimulating spending.

In 2011 there was a steady increase in the money supply till 2016 when there was an increase greater than previous years which was caused by the infusion of money into the economy due to slow economic growth. A downward turn in 2017 has been staggering but on a mid-level scale

Inflation on the Nigerian service sector

A general increase in prices and a fall in the purchasing value of money. When prices for energy, food, commodities, and other goods and services rise, the entire economy is affected. Rising prices, known as inflation, impact the cost of living, the cost of doing business, borrowing money, mortgages, corporate, and government bond yields, and every other facet of the economy.

If inflation becomes too high, the economy can suffer; conversely, if inflation is controlled and at reasonable levels, the economy may prosper. With controlled, lower inflation, employment increases. Consumers have more money to buy goods and services, and the economic benefits and growth.

Historically, measuring the money supply has shown that relationships exist between it, interest rate, price levels, and inflation. An increase in inflation means there is too much money supply in circulation and a decrease means the interest rate has increased, which translates to a reduction in borrowing capacity.

The exchange rate on the Nigerian economy

The exchange rate is the value of one currency for conversion to another. Changes in exchange rates may not seem to affect most people in their everyday lives, but indirect effects are more widespread than many realize. When exchange rates change, the prices of imported goods will change in value, including domestic products that rely on imported parts and raw materials. Exchange rates also impact investment performance, interest rates, and inflation—and can even extend to influence the job market and real estate sector. 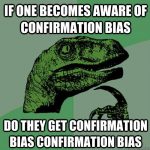