Everyone Cannot Be Wrong, Can They?

Going with the crowd can feel safe, a nice comfortable hedge for your opinion or position. But this forms the basis of the bandwagon fallacy; where you strongly believe something is true because the majority believes it.

This fallacy is directly related to peer pressure because you feel a need for the safety of belonging to a crowd. It is sometimes referred to as the appeal to popularity. I am sure everyone has heard an adult say to a child, “If all your friends jumped off a cliff, would you follow them?” This is a simple way of teaching children about the dangers of this fallacy

Why People Hop on the Bandwagon

One reason people try to conform is that they are looking to their social group for information about what is right or acceptable (Social Proof). You might think you are immune to social proof, but nobody really is, except sociopaths (not touching that). The trick is to simply be aware of it and learn the traps it could set for you; because in the end, humans are social animals, this cannot be removed from who we are.

Another reason is that people don’t want to be excluded from the group. Standing out is a difficult thing to do most times even in the simplest of scenarios like picking a favourite drink or food. This point still ties to social proof but talks more about fear of exclusion and the fear of missing out (FOMO).

When the Wagon is Good

This fallacy isn’t all bad; it has led to people adopting healthy things like diets and exercise when people around them start to embrace the concepts. It has also helped with stopping bad habits like smoking when everyone around you sees it as dangerous and you start to stand out in a negative way.

Some good trends have been started because of the wagon. Some fashion and music trends that were very niche have profited from this; yes, there have also been some annoying trends, but they are mostly harmless and end up dying out quickly.

When the Wagon is Not So Good

I am going straight to the point here with anti-vaxxers; this is one bandwagon that caught on insanely fast and is refusing to lose steam. It is one of the more dangerous bandwagons of recent times, when I heard of the measles outbreak caused because people were not getting vaccines, I was more disappointed than anything.

Then we have the second contender, social media. The issue with the bandwagon fallacy is that it requires very little critical thinking, combine that with teenagers eager to fit in and you get some of the most mind-numbing trends ever. From licking the tops of ice cream in stores and placing them back, to eating laundry detergent (tide pod challenge) and the most recent challenge of licking toilet seats (yeah, I am as confused as you are).

Even though bandwagons can have positives and negatives; people get off them as quickly as they get on. This is why trends started on this fallacy die out after a short while most times. 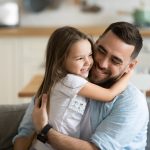