HOW MACROECONOMIC FACTORS AFFECT BANKS IN NIGERIA AND GHANA

Macroeconomic factors are conditions that influence a regional or national economy. They are usually outside of an organisations control and they include social, environmental, political conditions, suppliers, competitors, government regulations and policies. Some examples are Gross Domestic Product Growth, Inflation Rate, Money Supply, Interest Rate, Exchange Rate, etc.

In our group work this week, we were tasked with evaluating the effect of Macroeconomic factors on the profitability of 10 Banks listed on the Nigerian and Ghanaian Stock Exchange over 10 years (2011-2020). As a group, we chose our profitability variable to the Gross profit margin.

A regression analysis was done with our confidence level set at 95%. A correlation analysis was also done to ascertain the relationship between the various macroeconomic factors and profitability (Gross Profit Margin(GPM).

I went into this assignment with the notion that macroeconomic factors would have some effect on Bank profitability both in Nigeria and Ghana. The analysis however proved me wrong. Initially, we did a regression analysis of the average profitability of all the banks both in Nigeria and Ghana. This analysis showed that there was no effect of macroeconomic variables on GPM. The p-value was greater than 0.05. there it was insignificant.

This left us puzzled as it was contrary to what we were expecting. As a team, we then decided to run the regression analysis for the banks individually. This new analysis gave us a different insight. Out of the 10 Nigerian banks selected, two were affected and they are second-tier banks. The same was evident for the Ghanaian banks also. The macroeconomic factors impacted their second-tier banks.

The results of this assignment would be useful to an investor who is looking to invest in the banking sector both in Nigeria and Ghana. As an investor, I would rather invest my money in a First-tier bank. Their profitability is not influenced by macroeconomic factors. 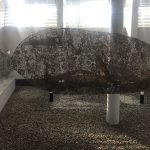