My views on Eye in the Sky 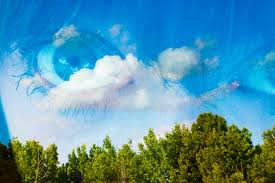 Watching this movie gave me chills; it was intense, the course of action plagued them.

In the beginning, a bomb blew up in a residential area, people died and lost properties. A strike-force between the United States of America and the United Kingdom. The US lieutenant introduced the watch team and their coordinator to the Col. This team comprised of the aircraft commander, sensor operator, and a senior intelligence coordinator. They are in charge of the drone which carries the hellfire missile. Powell of the British army. The team also included the Morocco army which was present, it was a capture mission, not a kill mission.

The house where Al-Shebab members were in was under surveillance, the army was awaiting the arrival of Susan Helen Danford. She was in the house, the Morrocan surveillance team found out after they launched a small drone into the house. The drone showed that Danford was with her husband and other members preparing a man to wear a suicide vest. This made Col. Powell agitated, the amount of C4 in that room was enough to clear out a community.

The problem began when she saw the C; understandably she does not want another bomb blast but the objective of the mission changed. Now she is looking for a way to destroy the bomb and also capture Danford. All officials in the Cobra room remained informed.

I probably got angry at this stage, no one wanted to take responsibility for the action. They kept on insisting that it was capture to kill mission, still had to debate on if it is legal. The decision was to either release the hellfire missile or not. Making these decision are not easy, considering the plans they had for the bomb and it is a time-sensitive issue.

Both governments put up a team to make this decision but they could not. It was a friendly country, the casualty involved (the number of people living close by), and media publicity. They are all valid point to consider but a decision could not be reached. Col. Powell was biased, she had been chasing Danford for 6 years, this was the closest she has come. She almost made one of the army tech guys manipulate data just so she can complete her mission. This decision was time-bound, if they leave the house, only one drone is available and it cannot track all the members.

Pressure starts to build up, everyone is nervous, they keep referring the issue up to officials higher than them. A decision later came, the Prime Minister gave the go-ahead but a little girl selling bread was present. The drone died, they did not know what was going on, should they shoot or not. The surveillance team considered the little girl, they could not take the shot. They got someone to buy her bread but she went home, restocked her basket, and came back.

The fate of others was relying on the whole girl leaving and not, everyone was nervous.

At the end of the day, they took the shot! Thinking about the decision, it is impossible to make the right decision. They had a chance when she went home but too much pressure did not allow them to.

One Reply to “My views on Eye in the Sky” 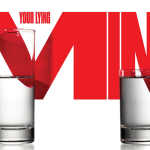