The one thing over which you have absolute control 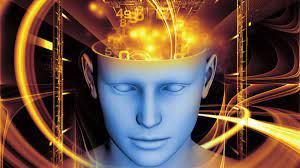 I cannot emphasise enough about the importance of our mind. That we all have the capacity to become what we think!

You have absolute control over but one thing, and that is your thoughts. This is the most significant and inspiring of all facts known to man! It reflects man’s divine nature. This divine prerogative is the sole means by which you may control your own destiny. If you fail to control your own mind, you may be sure you will control nothing else. If you must be careless with your possessions, let it be in connection with material things. Your mind is your spiritual estate! Protect and use it with the care to which divine royalty is entitled. You were given a will powerful this purpose.

Unfortunately, there is no legal protection against those who, either by design or ignorance, poison the minds of others by negative suggestion. This form of destruction should be punishable by heavy legal penalties,  because it may and often does destroy one’s chances of Acquiring material things which are protected by law.

Men with negative minds tried to convince Thomas A. Edison that he could not build a machine that would record and reproduce the human voice, “because,” they said, “no one else had ever produced such a machine.” Edison did not believe them. He knew that the mind could produce anything the mind could conceive and believe, and that knowledge was the thing that lifted the great Edison above the common herd.

Men with negative minds told F. W. Woolworth, he would go broke trying to run a store on five-and ten-cent sales. He did not believe them. He knew that he could do anything,  within reason, if he backed his plan with faith. Exercising his right to keep other men’s negative suggestions out of his mind, he piled up a fortune of more than a hundred million dollars.

Doubting Thomases scoffed scornfully when Henry Ford tried out his first crudely built automobile on the streets of Detroit. Some said the thing never would become practical.  Others said no one would pay money for such a contraption. Ford said, “I’ll belt the earth with dependable motor cars,” and he did! For the benefit of those seeking vast riches,  let it be remembered that practically the sole difference between Henry Ford and a majority of workers is this – Ford had a mind and controlled it. The others have minds which they do not try to control.

Mind control is the result of self discipline and habit. You either control your mind or it controls you. There is no half-way compromise. The most practical of all methods for controlling the mind is the habit of keeping busy with a definite purpose, backed by a definite plan. Study the record of any man who achieves noteworthy success, and you will observe that he has control over his own mind, moreover, he exercises that control and directs it toward the attainment of definite objectives. Without this control, success is not possible. 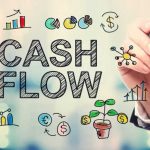