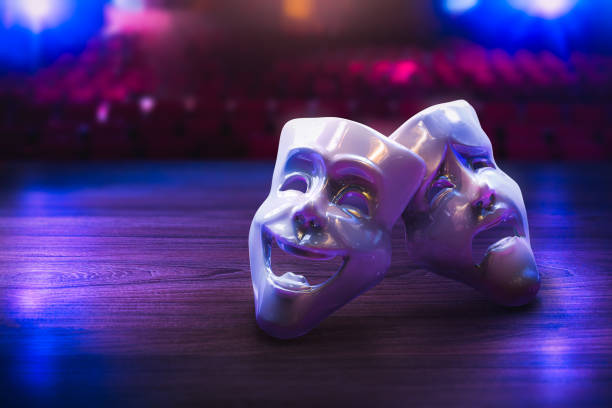 MBA 20 class. Continuing my series on all the wonderful people I have met on this MBA journey, I have met a classmate. A guy named John-Paul Okoroafor. He doesn’t speak in class very often, but whenever he chooses to do speak, people just burst out laughing. I’m not sure why though if it is what he says or how he says it, but he just seems to have that comedic effect on people.

I think this is one mark of a true comedian. The ability to be effortlessly funny. I once watched Basketmouth come on stage and not speak for about 2 minutes. He just stood there, assumed a funny pose, and everyone burst out laughing! It seems sometimes, the expectation of humor is enough to trigger laughter.

I have wasted invested so much time and gigabytes into watching comedy bits on Youtube, that if all that data alone were converted to cash, it would probably pay my next fee installment at LBS. Some of the greatest guys to ever rock a comedy stage are Dave Chapelle, Bill Burr, and Trevor Noah. These guys can tell you about their morning, a regular ordinary morning, but do it in such a way that you start howling with laughter with tears streaming down your face. Those guys are good.

Comedians have a great advantage. Because by definition their words are not to be taken too seriously, they get to say whatever is on their minds with relatively fewer repercussions. Like the time Bill Burr attacked the media’s newest trend of ‘body positivity’ and our desire to excuse our fatness. According to Bill Burr, if you’re fat, you are fat. You should try to get in shape and stop hating on swimsuit models who have disciplined themselves to eat right, exercise well, and stay in shape.

Another person who has used comedy to great effect in social commentary has been Dave Chapelle. The 2019 winner of the Mark Twain prize for American humor, Chapelle’s commentary has touched on issues ranging from the Me-Too movement, Obama’s presidency, Trump’s presidency, to his son’s private school. All the while, he does this while sitting on a stool, smoking a cigarette, and/or drinking liquor. If that is not confidence, I don’t know what is. It is a form of confidence that manages not to sound cocky. It is brilliant.

Trevor Noah on the other hand has been regarded as one of South Africa’s finest exports. The son of mixed parentage born in a time of Apartheid, Trevor managed to tell stories that speak to race and racial tensions without breeding hate. Trevor is also incredibly funny. Probably one of the funniest men on the planet. Trevor has a gift for accents, where he can very accurately mimic almost any accent from any part of the world. He uses this to great effect in his stand-up. Since he began his role as host of The Daily Show, he has also used it as a platform to shine more light on various African celebrities including Burna boy, Davido, and Chimamanda Ngozi Adichie.

The Dark Side of Comedy

Unfortunately, not all is fun and jokes in the lives of comedians. The world woke up to the shocking news that veteran comedian, Robin Williams had died. Even more shocking was that he committed suicide by hanging himself. Really? But he always seemed so happy! Reports later came out revealing he was suffering from depression for much of his adult life. So, even when he was making us happy, he got home and was always gloomy. This is an unfortunate trend in the entertainment industry, that those whose job it is to make us happy are always the saddest. Comedy and tragedy seem to have a yin and yang relationship. Many comics turn to drugs and sex which can land them in serious trouble, like Bill Cosby who was recently released from jail after 3 years, on allegations of sexual assault. Was that a coping mechanism or was he just another promiscuous man?

At some point, even Dave Chappelle had had enough. He packed his bags, said no to a 50million dollar deal, and retreated to South Africa to go ‘find himself’. I think this did him good because he came back many years later even better than he left and managed a Netflix deal worth 60million dollars. He has been laughing to the bank ever since.

The comedy landscape is changing though. Newer and funnier guys are popping up every day and social media seems to reveal one new comic every other day with funny skits, funny acting and great stand-up acts. It’ll be fun to see who the next big comic would be. I think my friend, John-Paul should shoot his shot!