The Beauty of Yellow Buses – Danfo

If you’ve heard of the city Lagos, you know one or two things about the yellow buses. The most popular vehicle for commercial transport within the city known as Danfo. The Danfo bus is a beautiful, often “dirty” yellow, mystery machine-styled bus. Occasionally they are with no proper windows as you see on the Lagos roads. Danfo is the yellow of Lagos. Danfo buses in Lagos are common but each one has its uniqueness. Each bus is a city or world of its own.

The beauty of the Danfo

The Danfo bus is rugged, sometimes rough, perceived risky by some, but it makes Lagos mad, as it should be. The Danfo is not complete without the Danfo driver, conductor, nursing mother, corporate employee, nosy middle-aged man/woman, a minister of God and a passenger who intentionally boards the bus knowing full well he/she does not have change. The commercial vehicle symbolizes the hustle and bustle of Lagos. From the bus drivers and conductors shuttling for their daily earnings to the passengers on the move trying to catch up with their businesses on the road and honestly, there is a vast economy around the yellow buses Danfo.

Part of the Lagos architecture

Inevitably, the Danfo has become linked to the Lagos identity. Usually, they are a part of the most popular icons associated with the city. When on a flight into Lagos, you can tell that you are landing soon because your inflight camera picks up a series of yellow triangles in its ground view. Over time, the Danfo has become symbolic of the Lagos spirit. That is because of its adaptability to Lagos’s difficult and unstructured transport system. As a result, the Danfo has served as an inspirational source for different brands of creatives in Nigeria, especially Lagos. Artists have used it as a metaphor for the city’s always-on-the-move, hustler energy.

The Danfo comes with its troubles as many of these buses are usually rickety. Often, they form a part of the major causes of gridlocks on Lagos roads. Their drivers are often notorious, bent on violating every traffic law and indisciplined, with many of them being thugs and touts who migrated into Lagos. Need I say, these buses have become means of committing all forms of crimes, including kidnapping and robbery in the famous one chance.

Lagos is beautifully crazy and fun to live in. One moment, you are a tush and well-tailored individual, and boom, there’s a switch up when a tout, conductor, or driver tries to show you Lagos street which you want to respond to.

Although the Danfo seems to dent the megacity status Lagos has assumed, is it time to let go of these beautiful vehicles that have become a part of Lagos architecture? 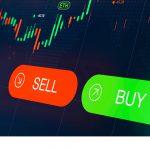