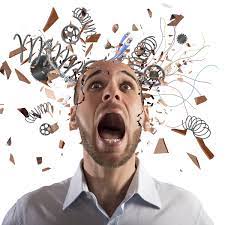 The movie “Eye in the sky” is a good example of decision making in high-pressure situations. The film explores the ethical challenges of drone warfare.

The crux of the matter in the movie was to capture suspected British and American terrorists. The American and British teams were surveilling the house where the terrorists were, using drones. The coalition team was able to get video footage inside the house.

The video revealed the suspects had explosives and two suicide vests. Meaning they were planning an attack in a public place. Given this new information, the purpose of the mission changed to a kill mission rather than a capture mission. For this change to occur, it had to go through several levels of approval as there were legal and political implications (killing British nationals and an American and carrying out a drone strike in a country not at war with the UK or US).

From this, I learnt that decision making in high-pressure situations requires approval from a person with significant authority. This is because the margins for error in those kinds of situations are usually very low (1%) because the consequences of error can be devastating.

The purpose of the mission was then approved to a kill mission. Ready to strike, they notice a little girl within the vicinity of the house selling bread. The senior military personnel however stressed the risk of letting the terrorists leave the house. They were willing to accept the possible death of the child as collateral damage to ensure the greater good. However, the politicians and lawyers were not willing to take that risk.

All efforts made to buy the little girl’s bread so she would leave the area proved abortive. The Colonel orders her Risk Assessment officer to calculate parameters that will let him lower the risk of collateral damage to lower than 45%. The lower value would enable her to get approval from the chain of command. To digress a little, it occurred to me that probability was calculated here to help in decision making, hmm…

The Colonel makes her Risk Assessment officer confirm only the lower range of risk which she reports that to the chain of command. This information caused the hellfire missile to be authorised. The explosion destroys the house, injuring the little girl. They notice one of the terrorists survived and the Colonel still focused on her mission, orders a second strike killing the terrorist.

Decision-makers in high-pressure environments have to process massive amounts of information, which is sometimes incomplete or faulty, under severe time constraints and this can cause stress.

In the end, approval of the decision to kill was made based on facts calculated by the Risk Assessment officer. 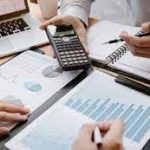