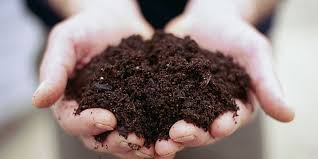 Soil is the top layer of the earth’s surface in which plants can grow, consisting of rock and mineral particles mixed with decayed organic matter and having the capability of retaining water.

There are six main types of soil which are:

CLAY: is a fine grained natural rock that is made up of one or more clay minerals with traces of metal oxides and organic matter. Geological clay deposits are mostly composed of phylosilicate minerals containing variable amounts of water trapped in the mineral structure.

SANDY: sand is a naturally occurring granular material composed of finely divided rock and mineral particles. It is defined by size, being finer than gravel and coarser than silt. Sand can also refer to a textural class of soil or soil type; i.e., a soil containing more than 85 percent sand-sized particles by mass.

SILTY: silt is a granular material of a size between sand and clay, whose mineral origin is quartz and feldspar. Silt may occur as a soil(often mixed with sand or clay) or as sediment mixed in suspension with water(also known as a suspended load) and soil in a body of water such as  river.

CHALKY: chalky soils can be identified by: Chalky or lime-rich soils may be light or heavy but are largely made up of calcium carbonate and are very alkaline (they have a pH of 7.1-8.0) If soil froths when placed in a jar of vinegar, then it contains free calcium carbonate (chalk) or limestone and is lime rich.

LOAMY: loam is soil – rich soil – that is a mix of sand, clay, and various organic materials. Loam is often used to make bricks. Loam is a type of soil that’s got a lot going on: loam contains clay, sand, and decaying organic substances.

Soil plays an integral part in our lives especially  in construction. Soil is important and basic tests must be carried out to ascertain the quality of the soil.

According to the All American Environment Consultants. These are the major tests soil samples must be subjected to before projects begin.

The specific gravity of any substance is the ratio of density to the density of the water. It is determined using one of several methods that include the density bottle method, Pycnometer method, gas jar method, shrinkage limit method, and measuring flask method.

The dry density of soil is the weight of soil particles in a given volume of a sample. Its value depends on the void ratio and the soil’s specific gravity. This value is used to classify soil as dense, medium dense, or loose.

This test is done on the fine-grained soil to measure its critical water content. There are three limits that determine the properties of fine-grained soil under different conditions: liquid limit, plastic limit, and shrinkage limit.

This test is conducted to find out the compaction characteristics of the soil. 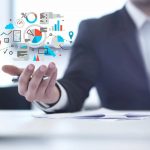