The Journey Of No Return (Continuation) 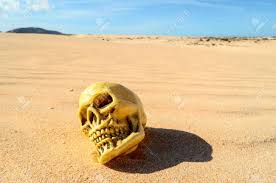 As Amenze and others journeyed through the desert, they finally found a well. Excited, they all rushed out of the truck to the well, but to their shock, there was a corpse in the well! In order not to die of thirst, the corpse was pulled out, and they drank the water. As they proceeded on their journey; into the night, they were attacked by armed robbers. The robbers had their faces covered with thick clothes, they spoke Arabic and were smoking something that looked like cigar.

Amenze and the other immigrants were ordered out of the truck, were made to strip naked while the robbers watched. They were severely beaten. Amenze, Chinyere and few other good-looking girls were raped. After the robbers had collected their valuables, they were allowed to continue their journey. The trauma of that event was overwhelming!

Amenze, Chinyere and the other survivors finally got to Tripoli, Libya. They were kept in a camp for few days, in preparation to cross the Mediterranean Sea into Italy. Their nails were cut and ear rings taken from them. These were precautionary measures to avoid the inflatable boat (“Lappa Lappa”) being punctured accidental and the migrants drowning.

On the night Amenze and other migrants were to be crossed into Europe, there was an argument amongst the agents about “Thuraya.” First agent was saying, “we have to cross them this night as the tides is not severe.” The second agent retorted, “we cannot cross without a Thuraya, it is too risky.” The migrants were eventually loaded on an inflatable boat (“Lappa Lappa”). There were 136 in number, for a boat that had a capacity for only 35 people. There was no provision for life jacket.

The strategy over the years had been that when migrants were moved into the Mediterranean Sea, a signal will be given through a Thuraya SOS call to the water ways border securities of Italy, Spain, or France. Unfortunately, there was no “Thuraya” (a satellite phone) to signal the border securities. They were in the middle of the ocean for three days and were suffering from severe sea sickness, starvation and thirst. Chinyere developed complications and died in the “Lappa Lappa.” Three other migrants lost their lives too. Their corpses were thrown into the ocean.

They were eventually rescued by the Moroccan border security and taken back to Libya. When they got back to Libya, they were kept in a camp. In the camp, there were over 7,000 illegal immigrants from different African countries. There was no safe drinking water and any form of medical attention. The ration of food for a day was a scoop of food into the palm. They were subjected to the most inhumane conditions.

Normally, when an immigrant successfully crosses into Europe, they usually call family and loved ones to inform them that they had arrived their destination safely. But in the case of Oqua Effiong, that didn’t happen.

On the 12th of September,2012, the International Organisation for Migration (IOM) in collaboration with National Agency for The Prohibition of Trafficking in Persons (NAPTIP) visited the illegal immigrants camp in Tripoli in search of Oquo Effiong who had left Nigeria on 16th March, 2011 for Europe. After a thorough search by the Libyan security personnel, Oqua was not found in the camp. It was concluded that either he had died in the desert or in the Mediterranean Sea.

IOM and NAPTIP officials immediately began processing the travel documents and flight arrangement for 153 Nigerians including Amenze, to enable them return to Nigeria. On the 4th of October,2012, Amenze and other Nigerians alighted from an Ethiopian airline from Libya.

Amenze is one of the few that has lived to tell the tales of her negative experience. She regrets ever giving a thought to Chinyere’s idea about going to Europe through the desert.

Amenze is currently an advocate- she advises Nigerian youths not to leave the country through illegal means. That If there were valid reasons to travel out of the country, that one should use the appropriate and legal channels. She further warned the youths of Nigeria to be content with what they have, while still exploring legal means of achieving greatness in life. 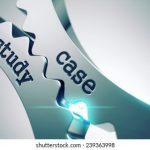