In today’s environment, many of our behaviors are prejudiced and influenced by one or more factors. Factors such as bribery and corruption cannot be overemphasized. Contracts that should be awarded to the most competent persons are awarded depending on the influence of a third party. I often worry if Nigeria will ever get better. In every unit we find ourselves, whether it is an organization, or in politics when it comes to granting a contract, we discover that these decisions have been affected and that it is not necessarily granted to the most competent candidate but to the individual who has bribed their way to obtain the contact. This prompted me to ask,

“WHY HAS BRIBERY AND CORRUPTION BEEN SO PREVALENT”

Bribery is described as the practice of promising, giving, receiving, or agreeing to receive money or another object of value in exchange for special consideration or to manipulate officials in the discharge of their official duties. When money is offered or promised in exchange for corrupt behavior, the official involved need not actually accomplish that act for the offense of bribery to be complete.

Bribery has been embraced by several individuals that it has extended to include activities of all levels of government officials, from local to national, as well as private officials. This has increased the prevalence of corruption, and more people tend to mistrust the motives of others, particularly those in positions of authority. As the credibility of the leadership groups deteriorates, public resistance to authority grows, making it hard to obtain the people’s voluntary collaboration or persuade them to accept the necessity to make adjustments, no matter how vital they may be.

EFFECTS OF BRIBERY AND CORRUPTION

It encourages officials to misdirect scarce resources to low-priority sectors Most of the time, these jobs are substandard and do not satisfy the basic standards. This kind of arrangement is unjust to other contractors who may have been fit for the job.

It is important to note that bribery doesn’t necessarily have to mean a cash payment, it can take many forms including lavish gifts, holidays, entertainment, tickets to an event, or something as small as a case of wine.

Finally, it is critical that we are ethical in our day-to-day activities. Questionable payments are extremely difficult to regulate; the person in charge of paying the extortion money may quickly become a sharer in that money, corrupting other persons in the company. Bribery and corruption have pushed us ten steps backward and for this reason, it is necessary to curb this act in organizations by; educating the workforce, being compliant with anti-bribery and anti-corruption laws, and ultimately, creating a culture of integrity. 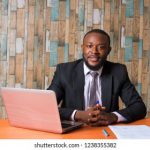