Cash vs. Accrual Basis of Accounting

Coming to Lagos Business School, will make you everything you never thought you would be…lol.

Corporate Financial Accounting has been one of the interesting new adventures I have get to embark on during this period of MBA. I will focus on what I learnt so far on the cash concept and accrual concept of accounting.

Cash Basis of Accounting uses receipts and payments of cash to record incomes and expenses.

Similarly, the time businesses spend doing value addition to their products, shows up in the books as expenses. Only when sale is closed and cash comes in the door, is income recognized. Cash basis of accounting considers advance payments as income since the cash has been received.

There are obvious problems with cash basis of accounting. To wit:

Expenses Tend to be Cluttered:

It is not uncommon for businesses to negotiate trade credit for themselves. Under the terms of trade credit, businesses use raw materials over a period of time and then make one lump sum payment for the use. Under the cash basis of accounting, all expenses appear on the financial statements at one go when the payment is made. This clutters expenses on the financial statements.

Income Tends to be Cluttered:

Just like we use credit from our suppliers, the businesses that deal with us also tend to use our credit. They also make our payments in one lump sum. Therefore just like the expenses, the income also tends to be cluttered.

On the other hand, accrual basis of accounting, recognized income when it is earned and recognizes expenses when they are incurred:

We use a combination of cash and accrual basis of accounting. The profit and loss account and balance sheet are prepared as per accrual basis while the cash flow statement tells about the cash situation of the business. In preparation of Financial Statements of a business in Nigeria, we use the accrual concept basis.

What is the accrual basis of accounting?

There will be a difference on the balance sheet, too. Under the accrual basis, the December balance sheet will report accounts receivable of N10,000 and the estimated true profit will be added to owner’s equity or retained earnings. Under the cash basis, the N10,000 of accounts receivable will not be reported as an asset, and the true profit will not be included in owner’s equity or retained earnings.

Under the cash basis of accounting, the utilities used in December will be recorded as an expense on February 1, when the utility bills are paid. For financial statements prepared in accordance with generally accepted accounting principles, the accrual method is required because of the matching principle.

What is the difference between the cash basis and the accrual basis of accounting?

Under the cash basis of accounting.

2.  Expenses are reported on the income statement when the cash is paid out.

Under the accrual basis of accounting.

1. Revenues are reported on the income statement when they are earned—which often occurs before the cash is received from the customers.

2. Expenses are reported on the income statement in the period when they occur or when they expire—which is often in a period different from when the payment is made. 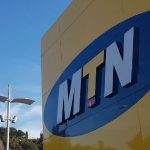