Regardless of the type of abuse, the result is serious emotional harm. But there is help available. If you suspect a child is suffering from abuse or neglect, it’s important to speak out. By catching the problem as early as possible, both the child and the abuser can get the help they need.

To start, it’s important to separate the myths from the facts about child abuse and neglect:

However there are different effects on child abuse and neglect. All types of abuse and neglect leave lasting scars. Some of these scars might be physical, but emotional scarring has long lasting effects throughout life, damaging a child’s sense of self, their future relationships, and ability to function at home, work and school.

The effects of abuse and neglect on a child include:

Lack of trust and relationship difficulties. If you can’t trust your parents, who can you trust? Without this base, it is very difficult to learn to trust people or know who is trustworthy. This can lead to difficulty maintaining relationships in adulthood. It can also lead to unhealthy relationships because the adult doesn’t know what a good relationship is.

Core feelings of being “worthless.” If you’ve been told over and over again as a child that you are stupid or no good, it is very difficult to overcome these core feelings. As they grow up, abused kids may neglect their education or settle for low-paying jobs because they don’t believe they are worth more. Sexual abuse survivors, with the stigma and shame surrounding the abuse, often struggle with a feeling of being damaged.

Trouble regulating emotions. Abused children cannot express emotions safely. As a result, the emotions get stuffed down, coming out in unexpected ways. Adult survivors of child abuse can struggle with unexplained anxiety, depression, or anger. They may turn to alcohol or drugs to numb out the painful feelings.

Abusive behavior comes in many forms, but the common denominator is the emotional effect on the child. Whether the abuse is a slap, a harsh comment, stony silence, or not knowing if there will be dinner on the table, the end result is a child that feels unsafe, uncared for, and alone.

Contrary to some people’s beliefs, words can hurt and emotional abuse can severely damage a child’s mental health or social development. Examples of emotional abuse include:

Neglect—a very common type of child abuse—is a pattern of failing to provide for a child’s basic needs, which include adequate food, clothing, hygiene, or supervision.

Child neglect is not always easy to spot. Sometimes, a parent might become physically or mentally unable to care for a child, such as in cases of serious illness or injury, or untreated depression or anxiety. Other times, alcohol or drug abuse may seriously impair judgment and the ability to keep a child safe.

This involves physical harm or injury to the child. It may be the result of a deliberate attempt to hurt the child or excessive physical punishment. Many physically abusive parents insist that their actions are simply forms of discipline—ways to make children learn to behave. But there is a big difference between using physical punishment to discipline and physical abuse.

With physical abuse, the following elements are present: 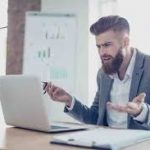