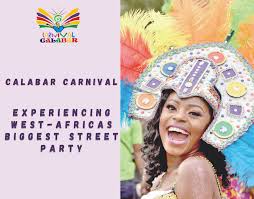 Nigeria is blessed with human and natural resources, and Cross River is arguably the most attractive tourism locations in Nigeria. Lying in the South-eastern part of Nigeria, Cross River is a beautiful state which was created in 1967. It has Calabar as its capital. The dominant tribe is the Efiks. They possess a rich history and culture.

Below is the list of beautiful locations to visit and the countless activities to enjoy in Calabar:

Mary Slessor, was the saviour of infanticide killings in Calabar. She arrived Calabar in 1876. She had a two-bedroom mud house built for her by the villagers and chieftains. Upon her death, the building had been converted to a mission house and a health centre.

This was formerly a government house during the colonial rule which is believed to have been built in Britain and then shipped in bits to Calabar in the late 1880s. the National Museum Calabar which is made of old Scandinavian pine has stood for centuries, preserving old relics, mostly documents, furnishings and artifacts used during the colonial administration.

Cross River National Park is the sanctuary to almost extinct animals like the drill monkeys, red fox, leopard and many more.

Tinapa Business and leisure resort is the first of its kind in the southern part of Nigeria. It was created with the aim of giving tourists a dream experience in one visit. Tinapa resort boast of spectacular architectural design and features a luxury hotel, cinema, movie production studio known as “studio Tinapa,” mini amphitheatre, night clubs, children’s arcade and water themed park.

Obudu Mountain Resort
Obudu mountain resort is one of Africa’s finest and spectacular tourism destinations. Sitting at about 5,200 feet above sea level, the region receives semi-temperate climate. There is Canopy walkway of about 100m swinging bridge suspended above the forest. There is also a cable car that can take you from the foot to the top of the mountain. The experience is incredible!

The waterfall is made up of seven different streams which all fall over a steep cliff to form a seven-faced waterfall. Its location is near Cameroun and Nigerian border, and it offers a lush rainforest for relaxation and taking experiential pictures.

This is a natural spring that grows through rocks and the tropical rain forest to form the remaining cloudy pool at the base of the Kwa rivers.

It is tagged the largest street party in Africa; its purpose is to show case the dynamic and rich culture of Africa. Tourists (local and international) are always visiting by the tonne year in year out, especially during the carnival period. The carnival which begins from December 1 to December 31 keeps spectators entertained and engaged for a whole month.

Outside the parade, other activities like The Most Beautiful Girl in Africa Pageant, international and local artistes sing live on stage, Novelty matches, Boat regattas, Fashion shows, Christmas village, bike racing, traditional dances, and my favourite: The annual Ekpe festival.

Finally, Calabar boast of rich and varieties of cuisines.

With these points of mine, I hope you will be planning your next holiday trip to Calabar. 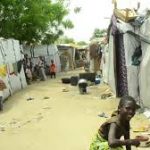