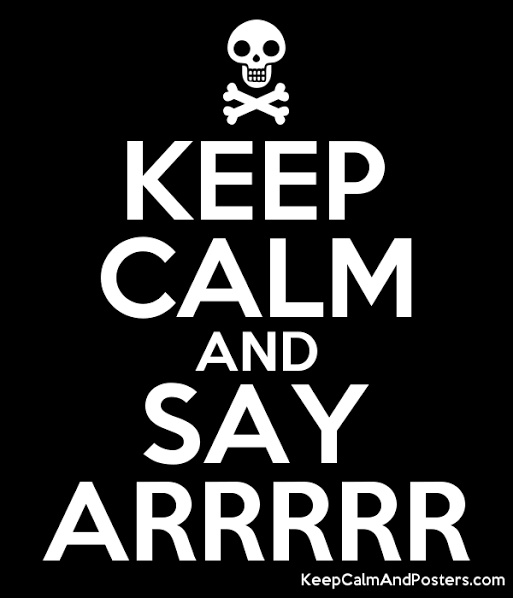 The book treasure island by Robert Stevenson was a very good companion of mine when I was young. It’s a book about the adventure of a boy named Him Hawkins to an island; in search of treasure buried on the island by an infamous captain named “Captain Flint”. The story shares its own kind of intrigues but there are some beautiful things the story highlights. One of this beautiful things is the plot around the characters mainly pirates. Number two the name of the cook on Captain Flint’s “Walrus” was “Long John Silver”, was a really cool name for an 8 year old. Last but not the least the infamous poem

was a what endeared me to the book. This book was my first knowledge of pirates, then as I grew older the notion about pirates begin to evolve. Pop culture introduced the expression “Arrrrrrrrr” as part of the vocabulary of a pirate (even though I wonder who would be listening to a pirate in the first place). I need to clarify a major issue this article may raise with regards to my understanding of pirates, the pirates I am talking about are the pirates that exist in the pages of some novels.
Data analytics a course I am totally interested in at the Lagos Business School, introduced me to another version of “Arrrr”; in the guise of a programming language called “R”. The “R studio” served more or less as a canvas for you (the user) to bring your masterpiece to iife (Not the Dr Frankinstein’s type of life, but an artistic type of life). Development is often regarded as a science but art, so valuable  to bring what you have in the mind to the physical. Let me not digress so much.  “R” is rife with various applications cause it could serve as a more advanced and effective tool for  data analysis. Using the “R” you can analyze more complex data sets, plot graphs, bar charts and so many other features I am still working to figure out (to be honest). The ability to link your code to the social programming page called “Github” is a plus on my efficiency rating table.
We all know what “R” can do, let us talk about what you can do on “R” right now. First thing first, you need to download and install the two softwares namely ” R ” and “R studio” on your personal computer. Step two: open  the R Studio software and then type the following in the console “getwd” to know your working directory. Step 3. Type ” “`r “then the following line of code ” data(“cars”) “. Step four: close the line of code by typing 3 ” “` “. Congratulations you can now hack North Korea (disclaimer: this is for motivation purposes).