General, It happened to me

‘Work Ethics’: How do you solve conflicts? 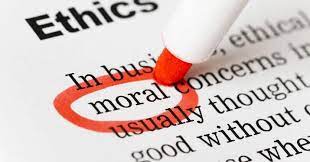 Welcome back to my blog friends, days ago I started a series on ‘Work Ethics’ and shared my experience with you all. I hope you picked a line or two, I hope you took out time to reflect on the questions I asked, and you answered truthfully? I see the workplace as where we spend most of our time daily, it is expected and only normal that it is a safe, sane, happy place with consciousness not to be irrational to others for self-gain, gratification or even ‘for nothing’, being sensitive to others is very important. Shall we continue?

He started out as an amazing person, every Monday during morning briefing with employees, he specially commends productivity of previous week and staff members that made it happen. Mr. Kilo says specifics on their input that helped achieve productivity. This made staff happy and always desire to outdo their past. I was called almost every week and applauded, I felt so special, relaxed, valuable, and worthy of every penny I earned.

So, one day after a Monday brief, Mr. Kilo told us how his office is always opened to us, how we can come anytime to talk to him about anything work related, anything personal and ‘even report our bosses’, he justified that statement by further saying “I am for all members of staff and I won’t watch supervisors disrespect their subordinates. If any supervisor is victimizing you, let me know. Supervisors don’t frustrate those working under you, you are in a privileged position”. Members of staff applauded him, Mr. Kilo is a legend, he has people’s interest at heart, he wants us all to have a say… these and more were said by employees.

My take on his speech

Well, his speech really didn’t matter so much to me and you know why? It’s because to the best of knowledge, I handle my subordinates well, treat them how I wanted to be treated and they were more like family to me than just staff not forgetting my supervisor was an angel. I can tell you for free that some supervisors (the expatriate who were also the Senior Management Team (SMT)) were upset. Their anger is because of fear of staff reporting them but upset that Mr. Kilo went ahead to address everyone without speaking to them first.

It was a beautiful Friday morning; staff came to work excited and ready to round up pending task for the week. Fridays being our best day, a day we close before 1pm (Muslim prayer time). I was out on official inspection when I saw a mail demanding staff assemble in the conference room within 10minutes. I sensed rage in the email, so I returned to the office eager to know what the issue was. Well, Mr. Kilo sat waiting for others, I quietly joined and there it was, ‘the first major issue’. He said he received a complaint from a staff in operations (headed by my Supervisor) complaining bitterly of bad treatment and wants a change.

At first, I couldn’t comprehend, “is it the same boss I adore? The same boss all staff wish they have as theirs. Something must be wrong somewhere”. I saw staff’s facial expression; it was in sync with mine. Mr Kilo stated the name of the staff that reported and supervisor. Well, Sarah almost fainted, never knew her name would be mentioned, maybe that was not part of the plan. He then asked my supervisor to defend herself in our presence. My supervisor stood up and said, “with all due respect Mr Kilo, I would like to be excused”. She returned to her office. Her calmness and composure need to be studied I must say.

Staff felt calling out my supervisor in the presence of everyone was distasteful and uncalled for, asking her to explain/defend herself to everyone was demeaning. After my supervisor left the meeting, everywhere became dead quiet that you will hear a pin drop. Staff did not move or say anything, we stared at him like “what next Oga (boss)?”. He tried justifying that he wants transparency, which was why he behaved the way he did, it was for nationals and didn’t want us to be in agony. Little did we know this was just a tip of the iceberg, not only did we suffer, We became a shadow of how happy we were, family cut short, stopped looking out for one another, there was division, and two parties was born all because of Mr. Kilo’s ‘work ethics’.

Rounding up this episode

How do you handle conflict (firmness/will power?) What does your ‘Work Ethics’ say as regards conflict resolution? What is the purpose of Mr. Kilo going public when he could have called the parties involved to a meeting, to what end? There is conflict resolution part in ‘work ethics’, and most organizations have policies guiding it. It is important we handle issues without negative emotions, with a common goal of finding peace and establishing teamwork, rather than obviously picking a side. A leader should be as neutral as possible in solving conflicts. Attitude towards conflict resolution is part of work ethics, it can either destroy a team or make the bond stronger; whatever position you find yourself, choose right! In episode three, I will share with you why he picked on my supervisor. Guess what? I also became his victim… see you soon with juicier real life experience. #workethics is paramount 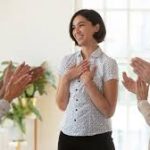