THE NATURE OF HUMAN PERSONS

The nature of human persons is primarily denoted by is dispositions and characteristics, which include ways of thinking, feeling, and acting. It is everything that pertains to man’s physical, spiritual, emotional, and intellectual characteristics. Physical in nature, because a person is created with body and faculty that corresponds to his/her relationship with society, the spiritual aspect of a human is its soul to be able to relate with is spiritual creator. Humans are both rational and irrational beings, and can also be referred to as a social being because he/she is part of a community where he/she will be able to socialize, and socialization starts from birth and end at death.

Social structures and cultures of human beings are founded upon social interactions. By interacting with one another, people design rules, institutions and systems within which they seek to live. Symbols are used to communicate the expectations of a given society to those new to it, either children or outsiders. Through this broad schema of social development, one sees how social interaction lies at its core.

To live in a society requires all kinds of co-operation. Usually this means curbing some of our more selfish desires in order to accommodate other people’s interests. That is an element of the human situation. Given that our desires often conflict, it would be impossible for us to live in a society which imposed no limits whatsoever on what we do. It would be absurd to argue that we should all have complete licence to do whatever takes our fancy no matter who is affected by our actions. I shouldn’t be allowed to walk into your house and help myself to your stereo and television. Hardly anyone would argue that I should be free to steal your possessions simply because I want them.

Making good decisions requires us to balance the seemingly forces of emotion and rationality. We must be able to predict the future, accurately perceive the present situation, have insight into the minds of others and deal with uncertainty.

Fear leads to flight or fight, disgust leads to avoidance. Yet the role of emotions in decision-making goes way deeper than these knee-jerk responses. Whenever you make up your mind the brain’s emotional centre is active. Emotions are clearly a crucial component in the neurobiology of choice, but whether they always allow us to make the right decisions is another matter. If you try to make choices under the influence of an emotion it can seriously affect the outcome. All emotions affect our thinking and motivation, so it may be best to avoid making important decisions under their influence.

You might think that emotions are the enemy of decision-making, but in fact they are integral to it. Our most basic emotions evolved to enable us to make rapid and unconscious choices in situations that threaten our survival. 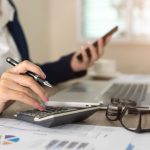