CLASSIFICATION/FORMS OF TAXATION IN NIGERIA – WHICH ONE APPLIES TO YOUR BUSINESS? 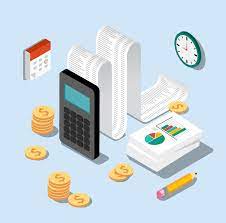 Tax Base (basis): Tax is not imposed in vacuum/vacuo. Tax base is the thing upon which the tax is imposed. Tangible or intangible. The list of taxable goods and services is not closed. The government can impose any form of tax subject to policy considerations and provisions of the Constitution.

Taxes can be classified into various permeable ways.

Progressive taxation: is based on vertical equity which holds that the person with greater ability to pay should pay more than those with less ability. Here, the percentage of tax to be paid increases as the tax base increases. Higher income earners pay a higher proportion than that paid by low income earners. It has been argued that it violates the principle of equality of all. Also that those that pay more tax are not conferred with any benefit like greater voting power. Also that progressive taxation reduces the incentive to save or work harder as taxpayers would be unwilling to ascend the income ladder in their offices in a bid to avoid higher tax. Rich/wealth citizens may then seek solace in foreign countries with a more favourable tax regime. That is why we hear of people sending their money to one “Swiss bank” or the other. These criticisms notwithstanding, progressive taxation seeks to bridge the gap between the rich and the poor and literarily ensures that those who earn more should pay more.

Regressive Taxation: This is the opposite of Progressive Tax. The percentage of tax paid decreases as the value of tax base increases. This form of taxation favours the rich/higher income earners. The higher the income, the lower the proportion to be paid as tax. This type of tax has been criticised for promoting inequality. It has been complemented on the basis that it encourages people to earn more so as to pay less.

Proportional Tax: Equal tax rate/proportion is imposed on every taxpayer irrespective of their income. Adam Smith prefers this kind of tax. VAT is an example of proportional tax.

:: A tax is direct where the person paying the tax is actually the person bearing the burden.  E.g. tax on personal income.

:: A tax is indirect where the taxpayer would most likely indemnify himself by passing the burden to others. For example VAT and excise/custom duty… where (although the manufacturer/wholesaler/retailer pays the tax) the final consumer bears the burden of the tax.

:: Tax systems usually feature a mix of both direct and indirect taxation.

Personal Income Tax: The imposition of tax on the personal income of individuals, communities, and so on.

Companies Income Tax: imposed on the profits of all companies in Nigeria except companies engaged in petroleum operations.

Petroleumn Profits Tax: came about with the introduction of the Petroleum Profits Tax Ordnance 1959. The PPT is charged on the profits of oil companies in the upstream sector. Upstream relates to wining, exploration and transportation of petroleum. Those engaged in in downstream (like marketing and distribution) would be charged under the CITA.

Education Tax: introduced by the Education Tax Act 1993. 2 percent tax is imposed on the assessable profits of all companies registered in Nigeria… for the rehabilitation and consolidation of education.

Technology Tax: Introduced by the National Information Technology Development Agency Act (NITDA). Section 1 NITDAA establishes the NITD Agency as a body corporate with perpetual succession and a common seal which may sue and be sued. The act imposes 1 (one) percent tax on the gross profit of specified companies (telecommunication companies, financial institutions, insurance companies, etc.) whose income is above 100 million naira. This tax is collected by the FIRS and revenue therefrom goes into the National Information Technology Development Fund.

Capital Gain Tax: Charged when an asset is disposed and the owner makes profit from such disposal. Introduced in 1967. It is a tax on the Exclusive Legislative List administered by the FIRS and SBIR for corporations and individuals respectively.

Capital Transfer Tax: imposed upon the value of property transferred other than by way of sale. For example inheritance. This tax no longer applies in Nigeria due to non-implementation.

Levied on the exercise of purchasing power. They Include:

Sale/Purchase Tax: Tax imposed on the supply of goods. This tax has been replaced by the Value Added Tax in Nigeria.

Value Added Tax: A tax imposed generally on the consumption of goods and services which are usually “luxurious”. This tax was introduced in 1993 and has undergone several amendments up till the VAT Amendment Act of 2007. Before its introduction, sales tax was administered by the states. Unlike sales tax which is collected at only one stage of production, VAT is collected at the various stages of production/distribution (manufacturer pays, wholesaler pays, retailer pays). The current VAT rate is 5 percent.

Customs Duty: is imposed on import and export. Import Duty: levied on some selected items of goods that are brought into the country. Usually to discourage importation and encourage growth of local industries. Export Duty: tax on selected items going out of the country.

:: Import and export duties are collectively called custom duties. :: There are other taxes which include: Stamp duties, Entertainment tax, pool betting tax, casino tax, and so on…