INTERROGATING YOUR BELIEF: The Perspective of A Catholic Priest. 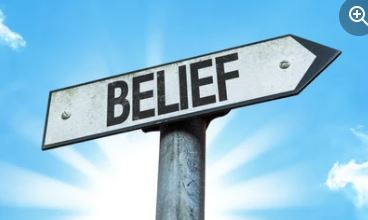 In Nigeria, a meal with snails is a special delicacy. They are expensive. To be able to afford snails to eat is almost like a luxury. Nevertheless, in Malawi, no one eats snails even though they are everywhere. Malawians abhor snails to the point that if you trick them into eating snails, they might vomit upon realization.

The day I mentioned to my parishioners in the church that I eat snails, they looked at me with shock. It was as though I have done the most disgusting thing ever.

I understood that feeling because that was exactly how I felt the day I got talking with a Chinese guy only for him to tell me that he eats cockroaches and that in their place, cockroaches are medicinal and highly rich in protein. I just couldn’t process it in my head.

Some places consider it taboo to eat pork. Where I come from, nobody can even dare to rear pigs. When I got admission to the seminary, I was scandalized the day I saw some seminarians and priests eating pork. I couldn’t believe my eyes. But surprisingly, the first day I summoned the courage to eat it, my life never remained the same. I hated that it took me so long to realize what I was missing.

People eat dogs, others don’t. Some eat snakes, others won’t dare. There are places where it is taboo to eat beef. We can go on and on.

In all these, why do you think it is disgusting for a particular group to even touch a snail while it is a special delicacy for another group? I have asked many Malawians that question, but they have not even given it a thought before. And seeing that they have no rational answer, they simply said it is their culture or that snails are too slow and irritating.

If you check yourself, there are so many things you do and believe that have no basis except that you grew up seeing people believing and doing the same. I can understand your resistance when I challenge some of the things that you grew up believing to be sacrosanct. First, I am a priest and you don’t expect to hear such from a priest. Secondly, you have never been exposed to other realities; you think the world revolves around your village.

When your grandfathers could not understand why a man will die while having sex with his wife and since they have no knowledge of High Blood Pressure or Cardiac arrest, they immediately conclude that it is the woman that killed him. So, to this, they will bathe the corpse that died five market days ago and give the water to the woman to drink to prove her innocence.

When your grandfathers could not understand genotype and sickle cell and why a child after birth could die, they called it ogbanje.

When your grandfathers could not understand why someone is without a job or has not gotten married or can’t give birth, or people dying in the family, they called it generational curses.

Try to be better than your grandfathers. Try! 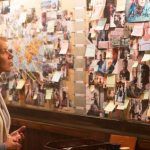