Funke calculated her next statements and made a silent plea

Her next words; though softly spoken were powerful. Matt, think of how much 10 million can become in 6 months with the right investment.  If we decide to save it in a fixed account or invest in treasury bills, It will generate so much interest.

Mathew looked at Funke with empathy.

Was there a way she could win this war?

And if there was, to what extent would he be involved.

Funke fixed her eyes on Matthew her gaze; steady and unflinching. She knew that if anybody could convince the team to forgo the immediate pleasure of the boat trip. It was matt.

But how in the world would she convince him?

What?  Funke pretended not to hear him.

Ok, what?  Funke said more loudly raising her hands in the air.

Matthew heaved and said slowly, I will bell the cat.

Funke smiled at Matthew sweetly. She knew the battle had been won but the war was going to be fierce.

Funke dialed a number on her phone

The phone rang twice, then a baritone male voice at the end said hello.

Matthew walked out of the room.

He had just put himself In deep trouble.

Would the team listen to him?  Would they care about investment?

Matthew Coker; you can do this

He called Akin on the phone

Akin was the chief copywriter. He was responsible for all the fun ideas the team implemented and the boat cruise was not an exception.

Akin do you know that we can turn this 10 million to 15 million by the end of the year?

Akin looked at Matthew in disbelief and stated

Matthew shook his head vehemently. No akin that’s not it.

Everyone was happy; Akin was sipping wine while some of the children of his colleagues were running around

Each team member had come with their spouse. Even though Funke wasn’t married she insisted on treating all the immediate family members of her team to a weekend getaway at Inagbe resort

They had invested the 10 million and it had generated 20 percent interest in 6 months which was not bad at all. Though Funke had been the one to suggest the trip, everyone happily obliged. the team now understood the advantages of investing and was willing to do more. Thanks to lectures from Goke the investment broker who was an LBS alumni. Apparently, Goke and Funke were members of Emba27. Matthew tapped Akin on the shoulder, Its time

The fireworks went off.

It formed the words,

Oluwakemi is a seasoned brand communicator, strategist, and consultant whose major goal is to take branded products to their next level by using her timeless valued skills, network, and proven resources. A graduate of the Nigerian Institute of journalism She had her OND and HND in mass communication followed by a Post Graduate Degree in public relations and advertising being an ardent lover of knowledge she went further to acquire certificates in courses like film and photography, media ethics and management, brand communication, advertising, leadership management as well as customer relations Her list of the satisfied clientele can be found in almost every commercial sector including Hospitality, Real estate, Gaming, Politics, Non-governmental and profit organisations, Entertainment, Food industries, Oluwakemis greatest joy is adding value to individual brands and organisations with result-oriented brand approaches that generate a top of the mind awareness, brand retention, lead generation, and high-end revenue for products and brands. some of the companies she has worked for include Adron Homes, Africa’s young entrepreneurs, Otakada, Bet9ja, Black Carpet Media, Green page media, EXP, Baits cosse, LWT, Lowe Lintas, Rosabelle, Television Continental, Radio continental, and many more others. Profile
0 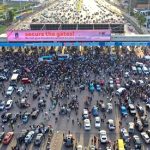