Be Patient with Yourself 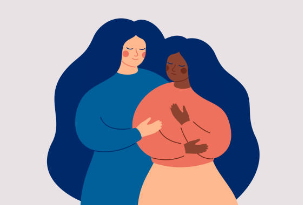 I wonder though, how many times has anyone told you to be patient with yourself? I rarely get that from anyone.

Well, like the other person, I think it is just as important that you are patient with yourself.

Few weeks ago, a new team member resumed work at my department to work directly under me. From my perception, he is ambitious and determined to grow in his career. While I liked the fact that he was efficient, I sometimes worried that his work lacked quality.

As his line manager, I have had to question his work ethics and recommended that he is more attentive to the details.

One day, I assigned Michael a task. He was to complete in three days. It was a new task so I guided him on what to do. A few times I noticed that Michael would snap at his colleagues when they want to be friendly with him; I also saw him perspire a lot while working on the task. But he never asked me any questions as he worked on the task.

On the third day, I asked for his report on the task and he spoke angrily that he was yet to complete it. I noticed though that his anger was not at me but at himself. He was disappointed.

To help Michael, I decided to take him out of the office to a more relaxing arena. When we settled down, I started to ask him some questions. It turned out that Michael always regarded himself as a perfectionist. He gave no room for mistakes. He specifically mentioned that he hardly makes mistakes. how is that possible? I wonder!

Well I did my best to talk to him and make him that it was okay to make mistakes and learn from them.